In association with Puente

As the third-largest economy in Latin America, and serving a population of just over 41 million, Argentina’s economy has often inspired great excitement both domestically and internationally. Those in the country and beyond its borders have viewed the period since President Nestor Kirchner came to power on May 25 2003 to his death in 2007 as a ‘victorious decade’. Between 2003 and 2007 Argentina’s economy grew at a level of around nine percent for five consecutive years, and seven percent in 2008.

Yet recent economic woes have proven challenging for Kirchner’s successor, President Cristina Fernandez. The restoration of Argentina’s sense of pride in its economic performance and, indeed, its very sovereignty has been a fundamental aim of her presidency – a goal that has been carried out with some success. During the past decade most of Argentina’s formerly defaulted debt has been renegotiated or paid off in ways that moved the need for international lending organisations to supervise the country – as they were before. Certainly, there is every reason for optimism overall in the outlook for the Argentine economy. The large consumer population, extensive natural resources, high rate of literacy among the Argentine people, their reputation for hard work and a determination to better conditions for themselves, coupled with a substantial industrial base, means that there is every reason for optimism overall in the future of Argentina economically. 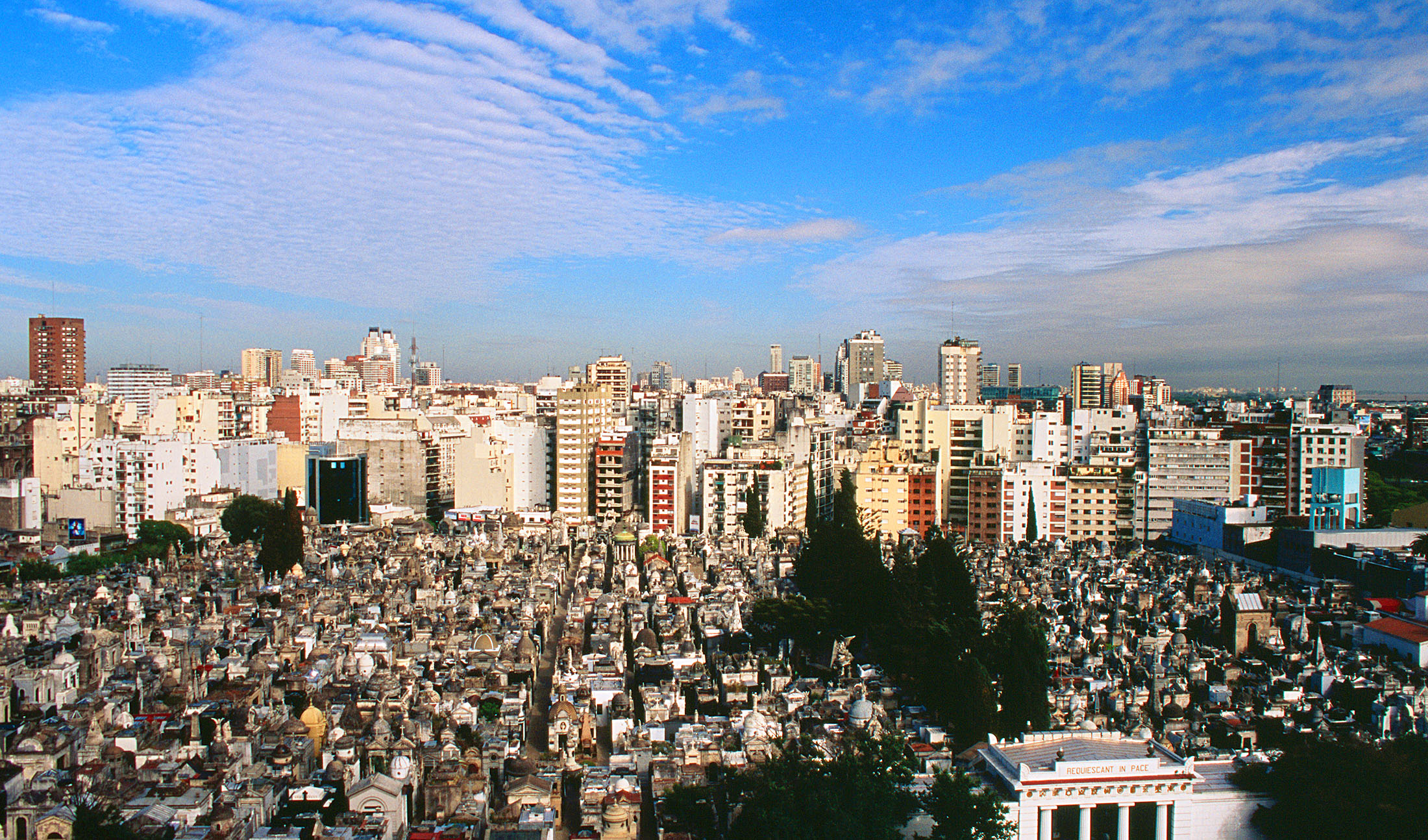 Buenos Aires, Argentina. The country has the third-largest economy in Latin America

There is widespread agreement that the investment banking industry in Argentina and the health of the nation’s capital markets will play an increasingly important part in helping the economy develop, as well as consolidating and expanding its position as one of the leading emerging economies in the world.

An extremely significant development happened in 2012 when Argentina’s Senate passed a law to reform the country’s capital markets. This law gave the Argentine state more power to regulate financial deals. The Senate voted 43 votes to 19 to approve the new measure. Under the new regulations, the Argentine securities regulator, the Comision Nacional de Valores (CNV), was charged with the vital responsibility of regulating share listings and public companies. The CNV would also be continuing to exercise its authority to make approval of public offers.

There was a strong feeling, prior to the 2012 reforms, that it was time to put an end to the self-regulation of Argentina’s capital markets and to give the state more authority in this respect. The aims of the reform were to attract more investment from both domestic and foreign companies, and individuals, as well as give more credence to the country’s capital markets, and to expand the range and depth of financing options for corporations. 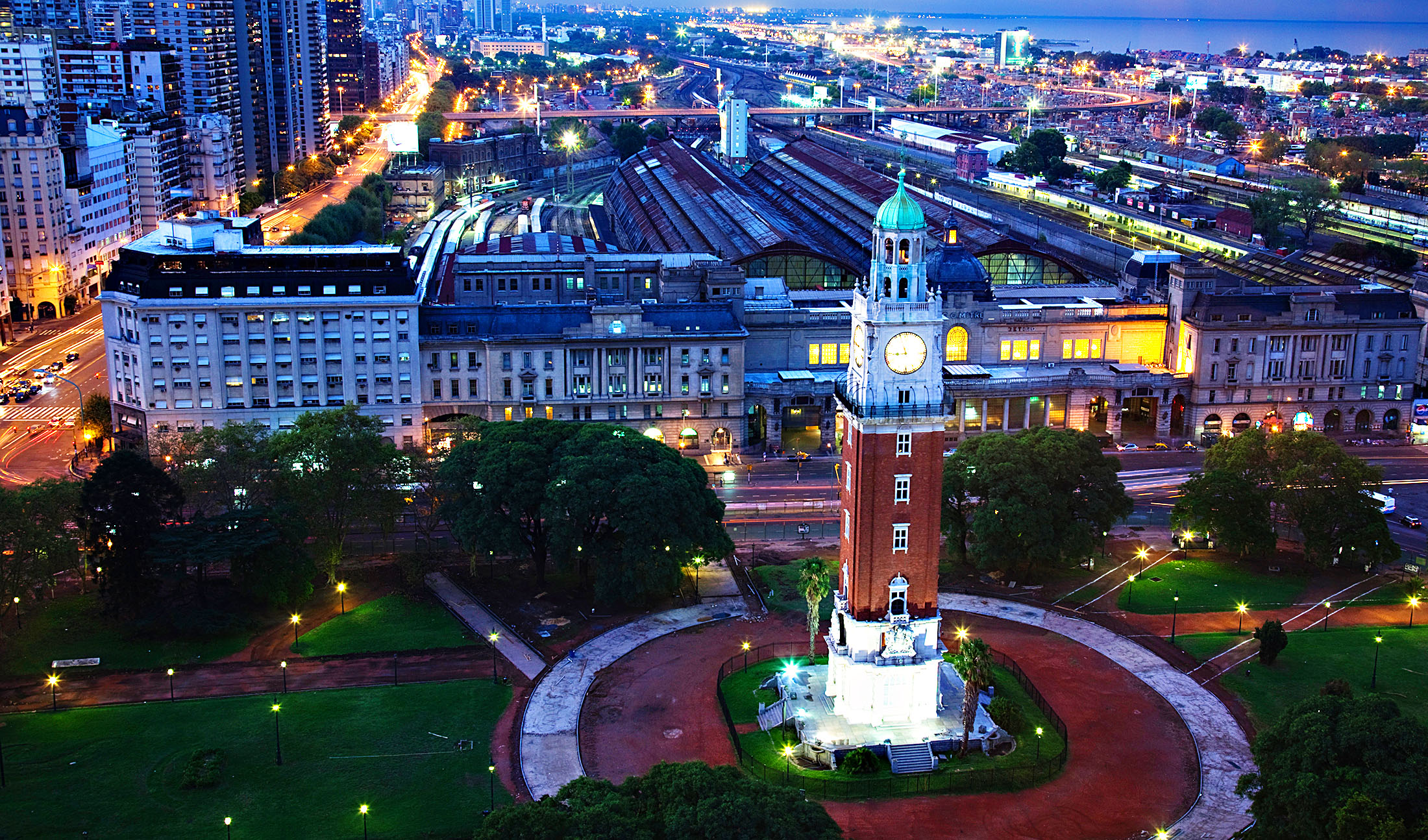 Year that Puente was established

Puente – Spanish for ‘bridge’: an accurate summary of how Puente sees its relationships with clients – is one of the leading investment banks in Argentina. It was established in 1915 and has a major presence in Latin America with offices in Argentina, Uruguay, Peru, Panama and Paraguay. Its customers embrace all client types, including individuals, corporations, public sector and institutions.

Above all, Puente aims to provide client-friendly solutions for all financing requirements throughout Argentina’s capital markets by giving investors access to funds in a way that suits their own particular requirements, utilising the best market conditions. Puente works closely with its clients to ensure that everything that the bank does for them meets their specific needs, and that the bank service remains flexible as these needs change over time.

In particular, Puente provides a wide range of client-focused integrated financing solutions via Argentina’s growing capital markets that are benefitting from the reform engineered in those markets in 2012. Puente gives clients access to funds in the markets that suit the clients’ own needs and, in particular, Puente is renowned for excelling in reorganising capital structure through the use of structured finance.

As regards capital markets in Argentina themselves, Puente has very extensive experience in all aspects of IPOs, and in equity capital markets as well as debt capital markets. Puente offers comprehensive solutions for financing throughout these markets by giving clients access to funds and advising on all the different issues that serious investors on capital markets need advice with. Puente’s team of professionals sets out to detect business opportunities for its clients that minimise risk and maximise their potential gain. There is nothing off-the-shelf about the Puente service: it is designed to provide financial solutions to clients that quickly, accurately and appropriately cater to their investment requirements. 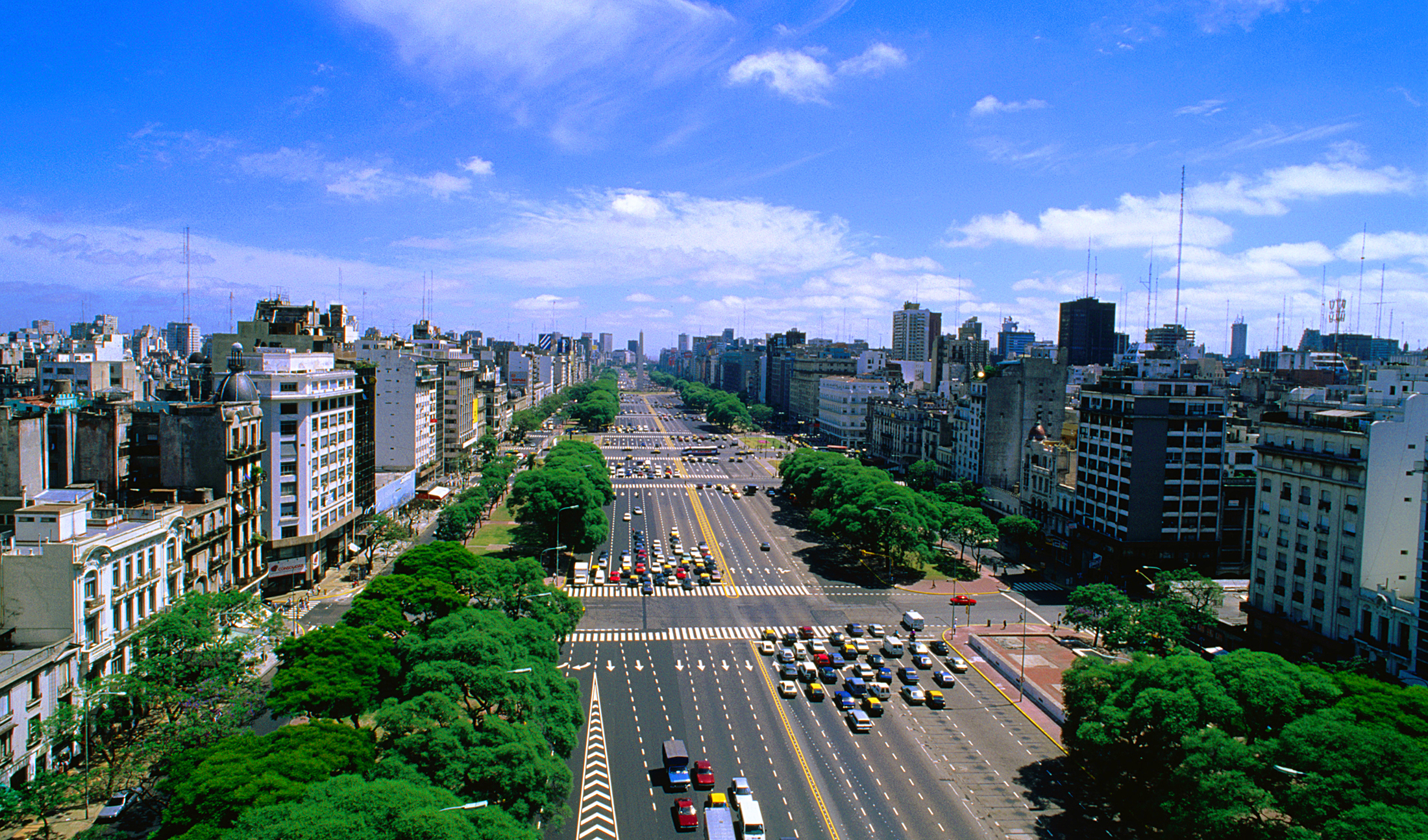 Puente has extensive experience as a provider of financial services for governments, as well as municipal and provincial authorities. These clients can enjoy detailed and highly experienced expertise in all the markets where they are likely to invest. During the year 2012, the bank placed investments of more than six billion pesos, which positioned it as a leader in the sub-sovereign debt markets. Puente is also a well-respected and well-known market maker in the trading sector of sub-sovereign bonds and provides reliable strategic solutions tailored to the specific needs of each government with which the bank deals. Its team offers the highest level of knowledge, expertise, performance and sophistication, which means Puente can provide a level of service second to none both in Argentina and in Latin America.

Puente believes, however, that it’s not enough to offer the highest levels of expertise in these markets. What’s also vital is that a bank makes a major and ongoing commitment to best practice, transparency and professional ethics. These are qualities Puente values enormously and all its staff are thoroughly trained in implementing them.

Puente can be an organiser, trustee, exchange agent and administrative and security partner in all of its investment banking transactions. Overall, the bank’s great experience in structuring and executing the widest range of transactions on behalf of clients, with the client’s requirements always firmly at the core of what the bank does for them, has won Puente a wide reputation in Argentina and throughout Latin America for the sheer quality of its client service.

The bank excels in all areas of investment banking both as an advisor and as a partner who can execute the desired transactions of clients. Puente is also extremely adept at finding partners for clients that will help to develop the client’s own business and commercial objectives. This is really the basis of the whole Puente service: a close attention to customer needs, and an ability to adapt sensitively and agilely to these as they change. Puente’s clients have access to the widest range of investment banking products. 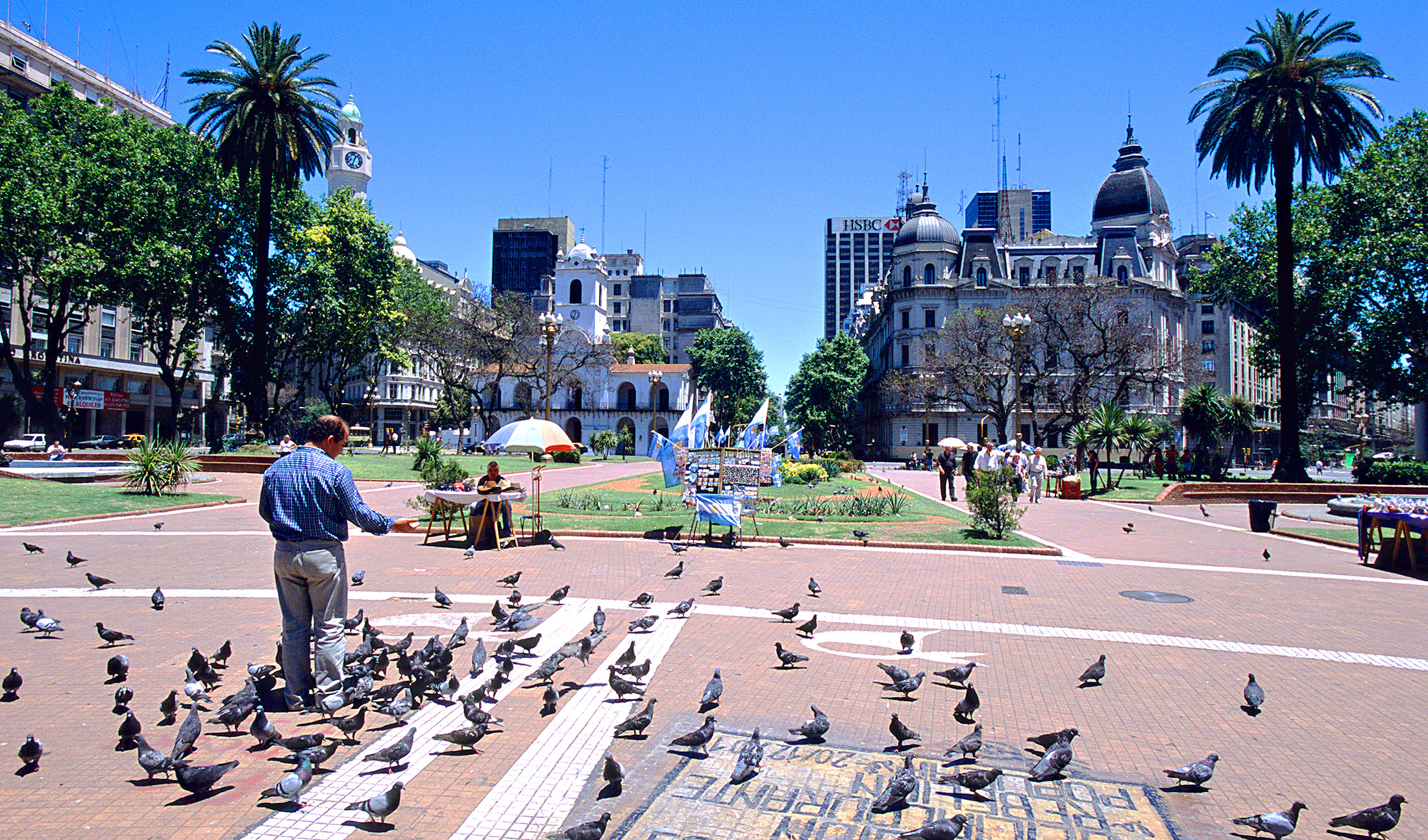 In the area of wealth management, Puente has more than US$2bn in assets under management and more than 20,000 accounts in its private banking business. In Puente’s wealth management activities it works closely with clients to help them identify investment opportunities and to develop the best strategies for them which enable its clients to achieve their financial goals while maintaining the risk/return profile that best suits them. When it comes to wealth management, what matters above all is the expertise of the advisors, and Puente is proud to have teams composed of expert private bankers who are highly adept at detecting the best investment alternatives for clients.

Number of Puente clients in 2013

Number of transactions people made through Puente’s website in 2013

Ultimately a bank is judged by its figures, although of course underlying these figures are always stories of bankers working with their clients on projects which ideally bring the clients maximum satisfaction and success.

During 2013 Puente achieved a total of US $8.6bn traded volumes, US $2bn assets under management, US $3bn primary issuants and a total of 114,000 transactions during the year. During 2013 Puente had more than 24,000 clients, four million visits to its websites, 70,000 transactions through the web and through mobiles, 10,000 downloads of its mobile app and a remarkable 1,600 press mentions in the local and international media.

As an example of the calibre of deal, which Puente routinely delivers for its clients, consider its work with Chubut province. Chubut is a province in southern Argentina Puente worked closely with Chubut to develop its objective of accessing funding through debt capital markets so that it could finance infrastructure that is designed to develop certain low- and middle-income regions within the province. The way Puente structured the deal for Chubut province allowed a six-year maturity to be set for its first medium term note. This is a term that had never been accomplished before and indeed was only achieved by the city of Buenos Aires after they had made four transactions in their local market.

Chubut province was very pleased with the results of the bank’s work. There was also a highly positive response from analysts and in the press.

Puente is a bank that listens to its clients, works closely with them to understand their objectives and then deploys its expertise in the relevant markets to bring home a deal that meets all the client’s expectations, and often thoroughly exceeds them.