In association with Iberdrola

The subject of corporate social responsibility has been gaining popularity of late, with those in the corporate world slowly realising what repercussions a culture of short-terminism could bring for their bottom lines, reputations and future successes. Firms have started to invest heavily in ensuring that their social initiatives are of the highest order and satisfy all stakeholders across company value chain.

Historically, good business has been driven by a single-minded desire to turn a healthy profit, though, increasingly, enterprises in the here-and-now are being asked to accept responsibility for the communities and the environment in which they work. In a post-crisis economy, businesses must demonstrate at length that they’re more than mere moneymaking enterprises, but responsible corporate citizens.

Nowhere else is this more so the case than in the energy sector. Today, corporate social responsibility in the energy sector plays a key role in demonstrating to stakeholders that the company in question is committed to matters aside from profitability.

The subject of climate change, for example, is a particularly important issue for those whose business it is to – literally – power the economy, and so, sustainability is a strand that all successful energy companies must keep to in order to succeed in the 21st century. Impetus for companies to pursue policies and practices that address social and environmental concerns has never been so strong, and corporate social responsibility in the energy sector is a key differentiator between the industry of pre- and post-crisis.

One instance where the importance of corporate social responsibility in the energy sector can clearly be seen is in the case of Bilbao-based Iberdrola. As one of the world’s leading electricity utilities and Spain’s number one energy group, the firm has spent the best part of a decade instructing a wide-ranging strategic transformation, throughout which it has made a name for itself as the world’s leader in wind power and a pioneer in renewable energy. “After more than 150 years moving forward, the company has now laid the firm foundations for its future growth,” according to the company. “At Iberdrola we are proud of ourselves and of the future we are building. We have done a good job. And we will continue to do a great job to meet the new challenges facing us.”

Iberdrola’s business is far from reliant only on Spain. The company has now consolidated its presence in the UK, Brazil and the USA – where it is a major wind producer with a growing customer base – and in Mexico – where it is currently the leading private supplier. “We have achieved this position by means of a long-term industrial project which is sound, profitable and creates value, rooted in a strategy of sustainable growth, and by working every day to offer more respectful energy sources.”

The storied company is not only a household name in the global market but a leading proponent of corporate social responsibility in the energy sector as a whole – an endeavor for which the company is renowned. Crucially, this commitment to responsible behaviours towards it different stakeholders is embedded in the very fabric of the business, and can best be seen in the firm’s dedication to renewables market and sustainable growth strategy. 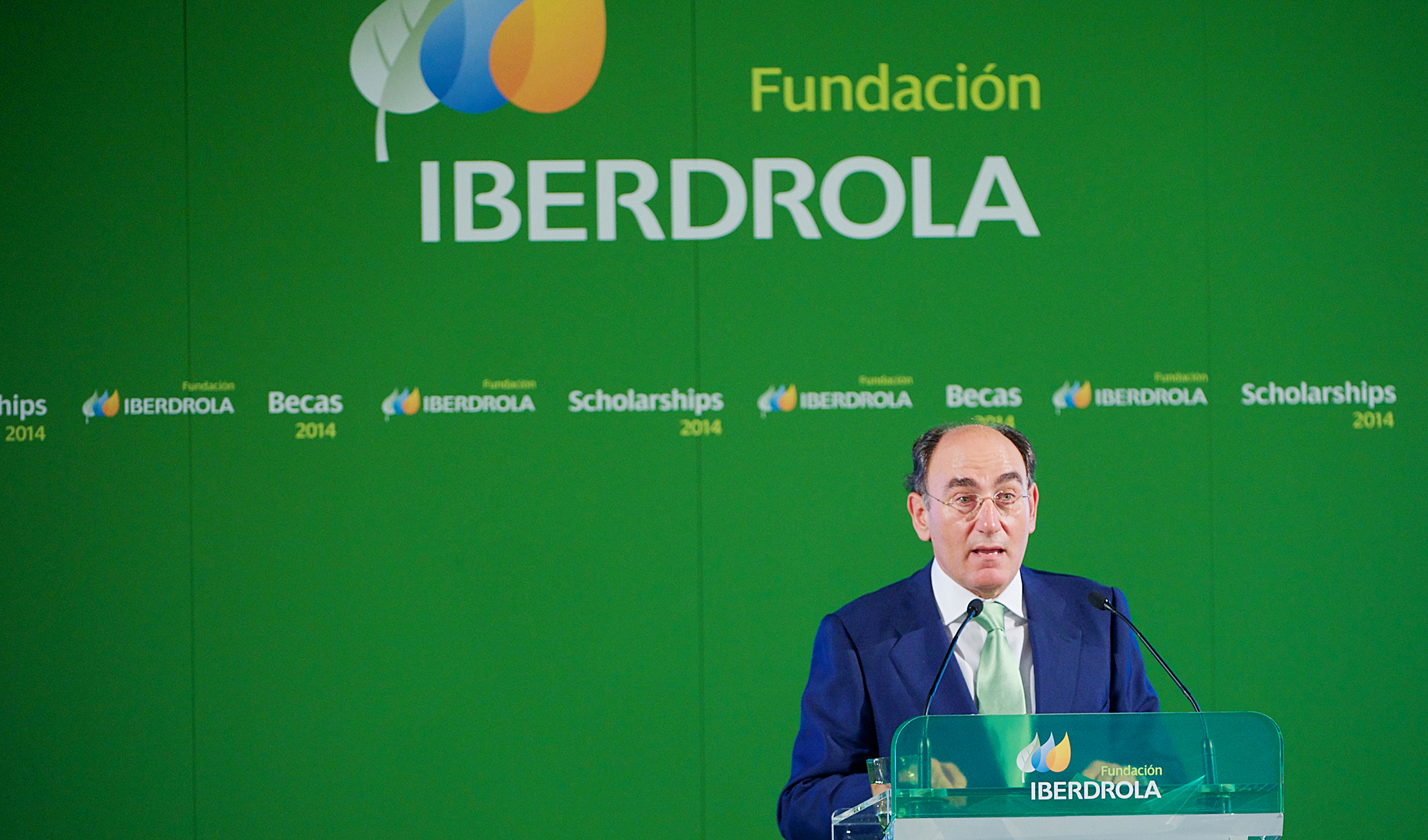 “Our goal is to offer a reliable, high-quality energy supply that is environmentally friendly and helps to: improve the well-being of people; promote the economic and social development of the communities in which we have a presence; create sustainable value for shareholders, employees, customers and suppliers,” according to Iberdrola’s 2014 integrated report.

In keeping with a wider move towards corporate social responsibility in the energy sector, Iberdrola’s work in the field forms a central part of its contribution to sustainable development. By maintaining a systematic relationship with shareholders, workers, customers, suppliers, regulators and the media, as well as the environment and society at large, Iberdrola’s culture is a far cry from the irresponsibility associated with the working world of pre-crisis.

Iberdrola’s corporate social responsibility in the energy sector can be seen through the rules approved by its Board of Directors: from the global responsibility policy which establishes a common ground of behaviour for the Group’s professionals, to specific policies in areas such as human rights, the environment and sustainability impacting all of the company’s operations. “The group conducts its activities primarily in the energy industry, the current model for which is becoming more sustainable,” so says the policy. “In this regard, the group desires to lead this transformation, for which purpose it must continue working in order to provide energy products that are increasingly competitive, cause the lowest possible environmental impact, and are capable of assuring its customers of reliable supply.”

For every decision it makes, Iberdrola considers how the outcome might come to bear on society and on the environment, and in doing so, the company strives to create a sustainable and responsible form of capitalism. Moreover, Iberdrola seeks to become a long-term investor in the economies in which the company is present in order to generate socially sustainable economic value. 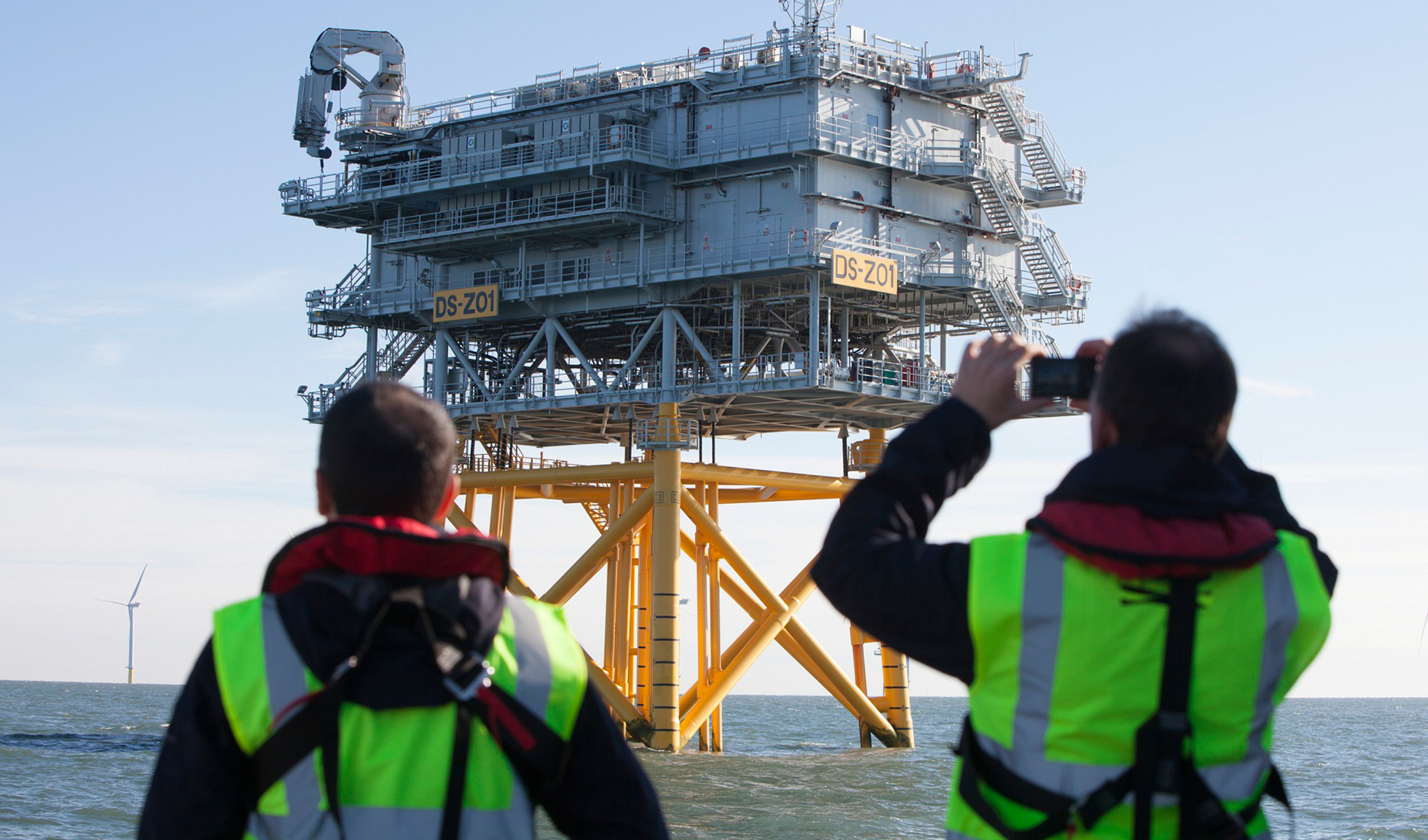 Iberdrola’s aim is to build a lasting relationship with its stakeholders, with regards to both social responsibility and reputational management

In a bid to promote social and relationship capital, Iberdrola’s corporate social responsibility in the energy sector focuses on these key areas: the environment, innovation and fight against climate change; community engagement; health, safety and reconciliation of personal and working life. “Iberdrola wants to create confidence in its environment, maintaining responsible relations with groups that affect or are affected by the activities carried out by the company.”

Iberdrola’s aim is to build a lasting relationship with its stakeholders, with regards to both social responsibility and reputational management. And in doing so, the group has introduced the AA1000 Assurance Standard, in accordance with the principles of inclusiveness, materiality and responsiveness.

Iberdrola is strongly committed to helping its employees reconcile work with their family lives. The company’s aim is for growth and value creation to always be compatible with the highest level of satisfaction among its staff.

The group has also pioneered a number of community support programmes of late, and in 2014 alone Iberdrola contributed €34m to the communities in which it operates, as measured by the London Benchmarking Group (LBG). 1200 Iberdrola employees also took part in an international corporate volunteering programme, taking place in the UK, Spain, Brazil and the US.

Here it can see that while corporate responsibility in the energy sector on the whole is on the rise, the efforts of Iberdrola go far above and beyond what like-minded industry names have achieved. 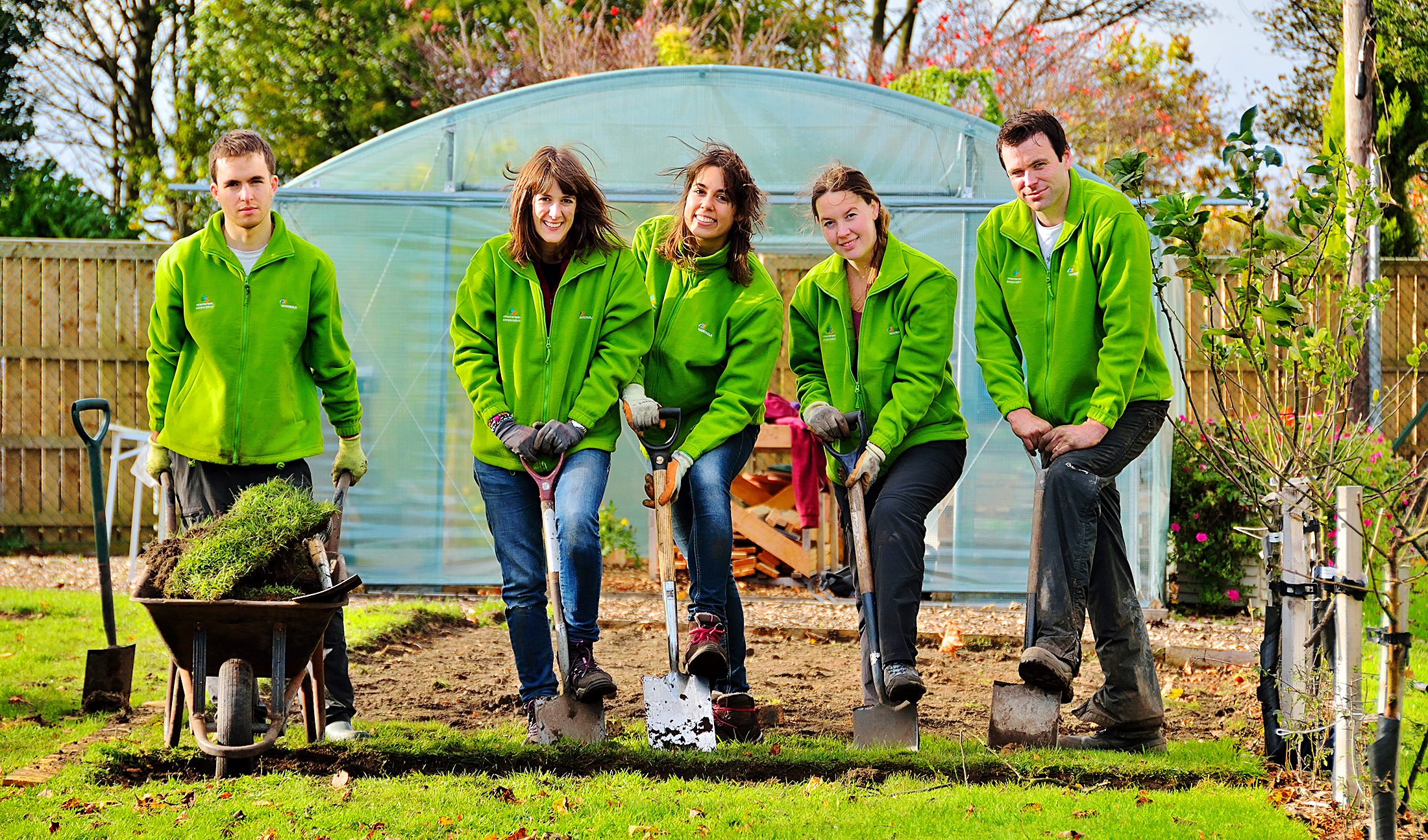 Participants at Iberdrola’s corporate volunteering programme, which took place in the UK, Spain, Brazil and the US

Iberdrola has driven economic growth, through job and wealth creation, in all the countries where it operates. In 2014 Iberdrola was responsible for €5.5bn in taxes and levies paid to state treasuries in these areas. Over the same period the company hired 1,800 new professionals, with staff reaching nearly 30,000 people. In total, Iberdrola provides work for 350,000 individuals around the world, taking into account indirect and induced employment.

Iberdrola’s commitment to skills development is reflected in the 40 hours of training received by every employee in 2014. The company has, too, invested €170m in research, development and innovation – consolidating its position as an international benchmark in the industry.

By adhering to an already high standard of corporate social responsibility in the energy sector, Iberdrola has emerged with a healthy balance sheet and high reputational standing. “Iberdrola plans to adopt the same strategic principles for the 2014-2016 period that have sustained the company through the global economic and financial crisis: a balanced risk profile, financial strength and operating efficiency to achieve sustainable returns for shareholders.”

For the period through 2014-2016, the company expects to invest €9.6bn, primarily in the UK, US and Mexico, in building its financial strength both at home and abroad. Here Iberdrola will focus primarily on any markets with stable and predictable regulation, with 46 percent of the total amount to be spent on new infrastructure and the rest intended for maintenance and improvements.

Investments made by the company will focus primarily on electricity transmission and distribution, followed in second place by renewables; factors that will together supplement Iberdrola’s already impressive range and efficiency. And by expanding upon its base of renewables, the company is better able to illustrate its steadfast commitment to sustainable growth.

The company has also set an objective shareholder remuneration target of €0.27 per share, and aims to reduce its debt by €1.8bn and reach €25bn by the end of 2016.

Though the goals set by the group for the years ahead are ambitious, a commitment to sound corporate social responsibility in the energy sector will remain a constant, and, in keeping to this same ethos, Iberdrola hopes to realise the same measure of sustainable growth it has done in years passed. 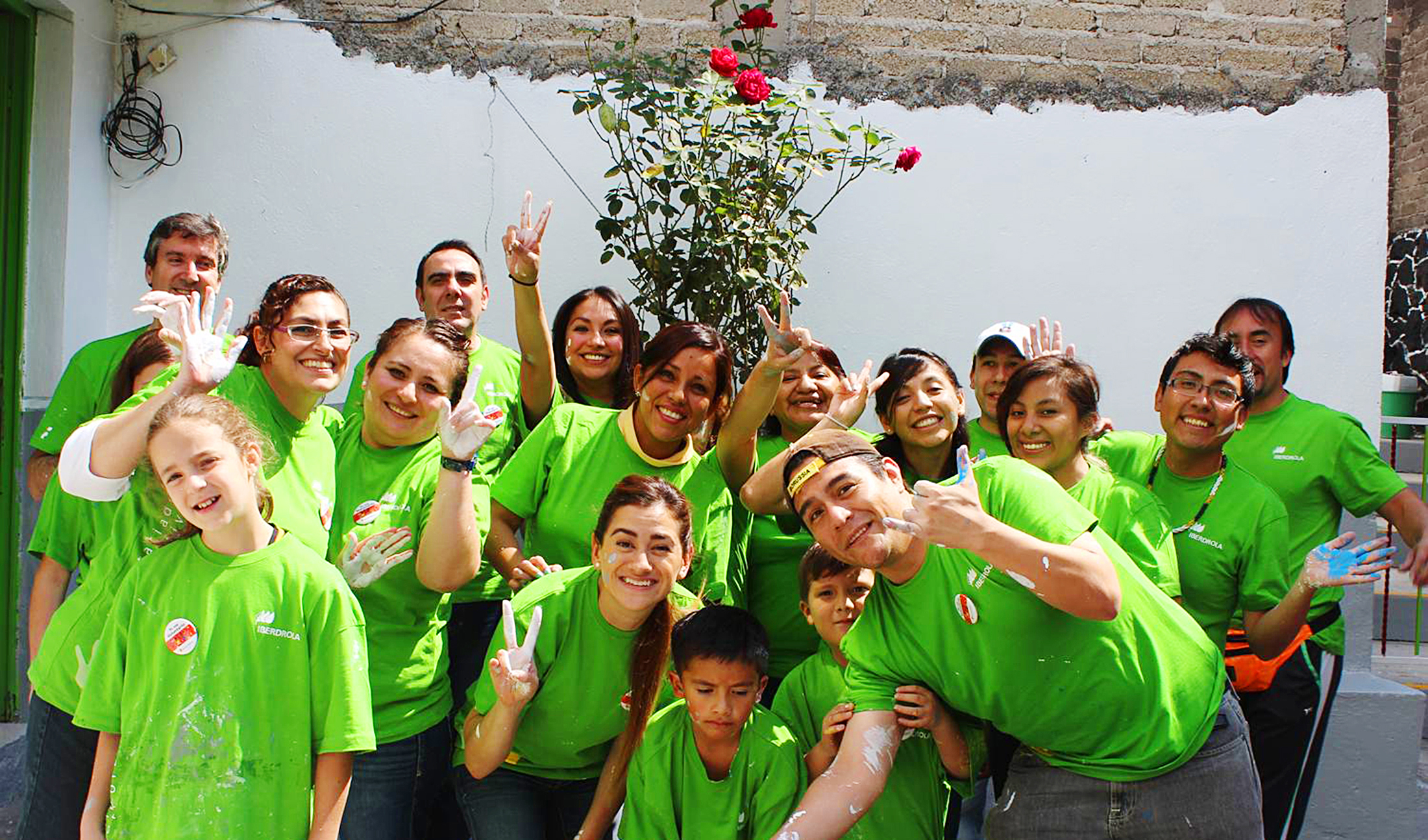