In association with BankMed

Located on the eastern shore of the Mediterranean Sea, the Republic of Lebanon is a mainly mountainous country of great scenic beauty. With a total area of just 3,950sq m (10,452sq km), Lebanon is one of the world’s smallest sovereign states, but both culturally and geographically it is in many ways a gateway to the Middle East, a country where east meets west. 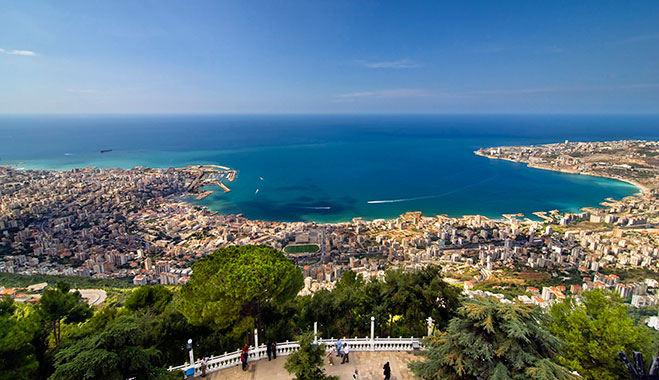 Lebanon is a beautiful, mountainous country on the Mediterranean Sea. Here it is pictured from the top of Mount Harissa, 650m above sea level

With a population of about 4.3m, Lebanon is one of the most densely populated countries in the Mediterranean area. It also enjoys one of the highest literacy rates in the Middle East. The capital of Lebanon is Beirut and the official language is Arabic, though English and French are widely spoken.

In the period following the end of the Lebanese civil war that lasted from 1975 to 1990, Lebanon has experienced very significant economic growth. This has generated considerable interest among foreigners – both individuals and organisations – looking to invest in Lebanon.

The IMF estimate for nominal GDP for 2014 is $46.7bn, equivalent to a per capita GDP of around $11,348. The inflation rate for 2014 is estimated as being about 2.3 percent. The labour force is about 1.5m; in addition to around one million foreign workers that are estimated to be working in Lebanon.

Banking is one of the main industries in Lebanon. Other major Lebanese industries include tourism, food processing, jewellery, cement, textiles, mineral and chemical products, wood and furniture products, oil refining and metal fabrication.

There are currently 12 Lebanese banks that have a significant presence domestically or overseas, termed the ‘Alpha Banks’, with deposits of over $2bn. There are also 26 banks that are incorporated in Lebanon, and 12 foreign banks that have at least one office in the country. This banking infrastructure offers individuals and organisations seeking to invest in Lebanon strong comfort due to a reputation of integrity, professionalism and prudence and a good regulatory environment.

How does it work?

The central bank of Lebanon is officially named Banque du Liban (BDL). BDL was established on August 1, 1963 and became fully operational on April 1, 1964. One of BDL’s principal responsibilities is issuing Lebanon’s currency, the Lebanese pound. Other key responsibilities of the BDL include maintaining monetary stability, the regulation of money transfers, and – as one might expect – maintaining the soundness of the banking sector. 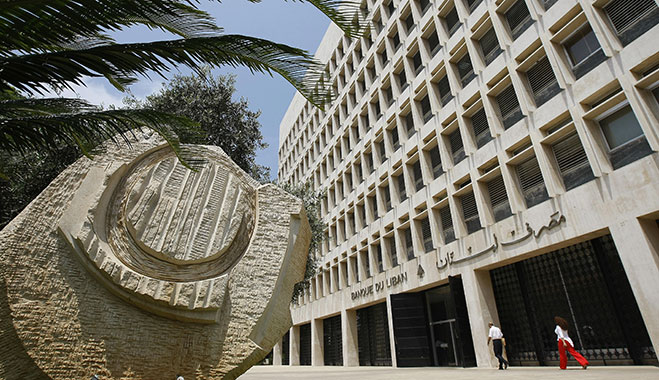 The BDL’s Central Council sets the bank’s monetary and credit policies, including money supply, and discount and lending rates. The Central Council is also responsible for key matters relating to the banking and financial industries, clearing houses, currency issuing and the approval or rejection of loan requests from public sector organisations. It also makes decisions about all the regulations and procedures that relate to the operations of the BDL and its staff, and on its overall financial probity, including its annual budget and accounts.

The current Governor of BDL is Riad T Salameh. His ability to regulate the banking industry in Lebanon successfully and the high calibre of his international standing are factors that have played a major role in encouraging many foreign investors to invest in Lebanon.

Why do I need to know?

Today, there are many reasons to believe that a measured and strategic policy to invest in Lebanon offers exciting potential for profits. Lebanon’s economic growth rate in 2009 was about nine percent and around seven percent in 2010.

Maximum tax rate for individuals with income above LBP 120m

There are many key factors why so many organisations are excited about opportunities to invest in Lebanon. Some of these key factors are summarised here: 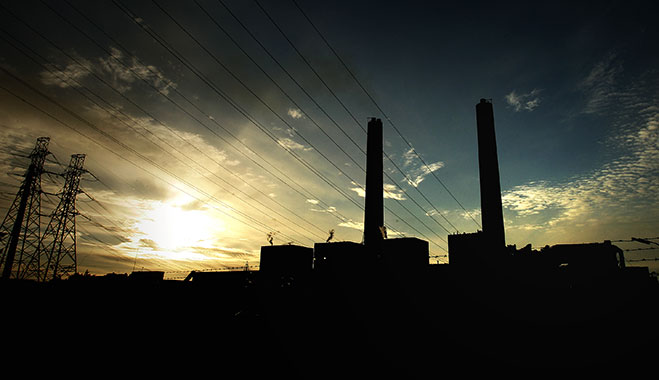 An oil plant in the Lebanese coastal town of Zouk Michael, north of Beirut. As part of the Levant Basic, Lebanon is located in an area containing around 1.7bn barrels of oil

Lebanon also has substantial proven oil and gas reserves. The US Geological Survey has said that the Levant Basin, an area encompassing Israel, Syria, Lebanon, Cyprus and the Gaza Strip, contains about 122trn cubic feet of natural gas and at least 1.7bn barrels of oil. Exploitation of Lebanon’s share of this could greatly accelerate the pace of development of the Lebanese economy and is yet another reason why businesses would look to invest in Lebanon.

According to the BDL, the Lebanese banking system has a number of key features that promote the role of Beirut as a regional financial centre, especially when it comes to ensuring that foreign capital and earnings are protected.

Free exchange system, free movement of capital
The BDL pursues a policy of ensuring that the Lebanese pound is fully convertible and that it can be exchanged freely with any other currency. The BDL does not place any restrictions on the flow of capital and earnings into and out of Lebanon.

Tax exemptions
Both article 16 of law 282 dated December 30, 1993 and article 12 of decree 5451 dates August 26 1994, offer exemptions from income tax on all interest and revenues earned on all types of accounts opened in Lebanese banks.

The free banking zone
In April 1975, BDL, by decree 29, established a free banking zone. This involved granting the Lebanese government the right to make non residents’ deposits and liabilities in foreign currency exempt from income tax on interest earned. This decree can also grant exemption from the reserves requirement that have otherwise been imposed by the BDL by virtue of article 76 of the BDL’s Code of Money and Credit.

There appears to be general agreement in the financial community that the BDL has been successful in shielding Lebanon from the global financial turmoil. In particular, Lebanese banks are highly liquid.

The BDL Governor has stated that Lebanese banks will fully comply with Basel III recommendations three years ahead of the January 1, 2019 deadline. BDL has put the ratio to be achieved by the banking sector above the requirement set by Basel III, putting Lebanese banks among the highest in terms of capital adequacy.

BankMed is an expert in Lebanon’s banking, financial, economic, commercial and industrial environment. The bank is especially proud of the role it played in the reconstruction of Lebanon again after the end of the civil war. Its role here is widely regarded as a significant one.

Today, BankMed has international presence in Cyprus, Switzerland, Turkey, Iraq and the Kingdom of Saudi Arabia

Today, BankMed is regarded as one of the most professional, efficient and forward-thinking banks operating in Lebanon and a major resource for those who wish to invest in the country. It began operations as a corporate bank but has expanded its banking services to embrace retail banking, private banking, commercial and investment banking and brokerage services. Today, it has international presence in Cyprus, Switzerland, Turkey, Iraq and the Kingdom of Saudi Arabia (KSA). 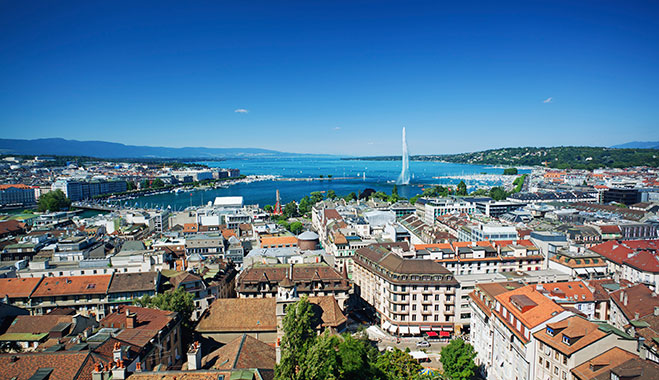 In addition to its branches in Lebanon, BankMed also has a strong international presence, including branches in Geneva, Switzerland

For any organization or individual, whether based in Lebanon or abroad, that wants to invest in Lebanon, BankMed offers a comprehensive, highly knowledgeable, hands-on, personalised service that brings its expertise and know-how.

Mohammed Hariri, Chairman and General Manager of BankMed said that the Bank has now embarked on a solid and decisive path to solidify its position at home and to expand its presence abroad. He emphasized that as one of the top banks in Lebanon, it looks forward to growing further, by doing what it does best: providing the very highest standard of banking services to its customers.

Chairman Hariri also stressed BankMed’s market leadership, and the fact that it is providing funding today to most of the top corporate groups in Lebanon. He also pointed out that over the past four years the Bank has focused concertedly on expanding and strengthening its retail and investment banking businesses, as well as its treasury and investment products.

BankMed’s brokerage arm has grown into one of the most active players in the Lebanese market – offering customers a strong variety of innovative tailor-made and off-the-shelf investment products – at a time when most financial markets around the globe suffered major losses.

In addition, Chairman Hariri pointed to BankMed’s success in customer service, which he substantially ascribed to the Bank continuously developing new products and services that meet the dynamics of market conditions and the stringent requirements of customer needs.

Headquartered in Beirut, BankMed is one of the top five banks in Lebanon. Established in 1944, its market share – measured by total assets – has grown over the years to comprise around 10 percent of the total of the Lebanese banking system today.

BankMed has a very strong Corporate Social Responsibility program and plays a growing role within Lebanon in community development. BankMed, through its branches in the Lebanon and abroad, offers a wide range of products and quality services both to individuals and corporations. BankMed has a private bank in Geneva, Switzerland, BankMed Suisse, which is engaged in asset management and advisory banking services. It also has a regional presence in Turkey, where it has been active since 2007, when it bought a subsidiary commercial bank, T-Bank.

In 2008 BankMed launched the SaudiMed Investment Company, which provides corporate advisory and investment services to customers in the Kingdom and elsewhere in Middle East. The last two additions to the international network are the BankMed branches in Baghdad and Erbil. 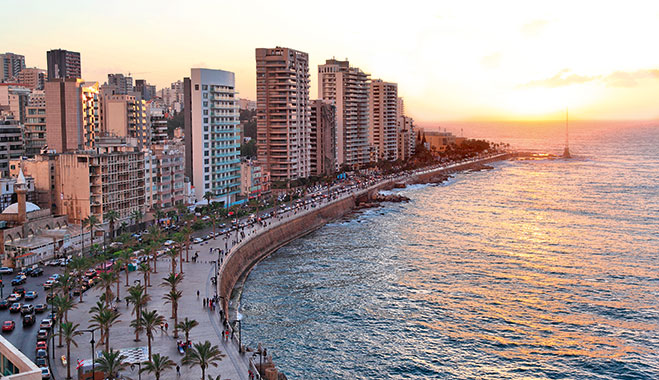 BankMed’s headquarters are based in Beirut, Lebanon’s vibrant capital city

Unlike some banks that only offer services to a limited range of clients, BankMed caters for the widest breadth of clients, including individuals, large corporate clients as well as small and medium-sized enterprises. BankMed excels in its commercial lending portfolio: it has one of the largest such portfolios in the Lebanese banking market and the portfolio includes leading corporate clients across most commercial and industrial sectors. Despite the regional turmoil and its financial consequences, BankMed’s commercial lending portfolio witnessed considerable growth in 2011, achieving an average growth in its loan portfolio of 25 percent.

BankMed’s strategy going forward is to further expand its client base, as it intends to take advantage of new technologies in order to better serve them, and as such BankMed is certain that its strong performance will continue in the upcoming years. BankMed, today, is an indispensable expert and a reliable partner for any individual or organisation that seeks profitably to invest in Lebanon.