In association with Infonavit

Mexico’s moment is now. It is currently experiencing a series of deep structural reforms that will drive Mexico into a more productive, competitive and dynamic country, while at the same time reduce inequality and increase the opportunities of those most underprivileged.

Infonavit (Institute of the National Housing Fund for Workers) is more than a mortgage lender; it has established itself as one of the largest mortgage providers in the world: the first financial institution in terms of portfolio management, and the fourth largest in loan origination. With more than 70 percent of market share in the Mexican mortgage market, it is the largest player in terms of assets (loan portfolio of almost 70 billion dollars).

It is also the largest pension fund manager in Mexico with 23 percent of total assets (managing around 60 billion dollars). Hence, it is a fundamental tool for public policy implementation that will strengthen the Mexican Government’s impact of social and economic reforms.

Structural reforms that have been introduced since the new administration took charge, however, have made Mexico a more productive, competitive and dynamic economy. These bold changes to the system have given those in the housing market, and Mexican mortgage providers in particular, real cause for optimism. Key labour and energy market reforms, together with financial, competitive and transparency adjustments, have paved the way for a housing market reborn – and with an ambition to boost productivity, protect the rights of Mexican citizens, and consolidate the ruling democratic and liberal political regime, the structural reforms introduced by the new administration promise a much brighter future for Mexico.

The New National Housing Policy, in keeping with the country’s National Development Plan 2013-2018, marks the beginning of a move towards smart and sustainable housing in Mexico. Of the measures contained, perhaps the most significant is the decision to develop more compact cities, with higher population density and economic activity. The New National Housing policy, therefore, offers an opportunity for Mexican mortgage providers to rethink the housing business and develop new approaches to make good on what is a key part of the national economy.

Despite the challenges that remain for Mexican mortgage providers, there are still a number of names that are succeeding in reviving the housing sector by capitalising on this dynamic and competitive landscape. Seeing to it that the quality and affordability of housing in Mexico matches up with the government’s efforts to boost economic and social wellbeing, Mexican mortgage providers today play an important role in facilitating national growth and development.

Of all the brightest names in the housing sector, there is perhaps none more attuned to the market’s many challenges and opportunities than Infonavit; an institution that stands as the benchmark to which rival Mexican mortgage providers should aspire to meet. 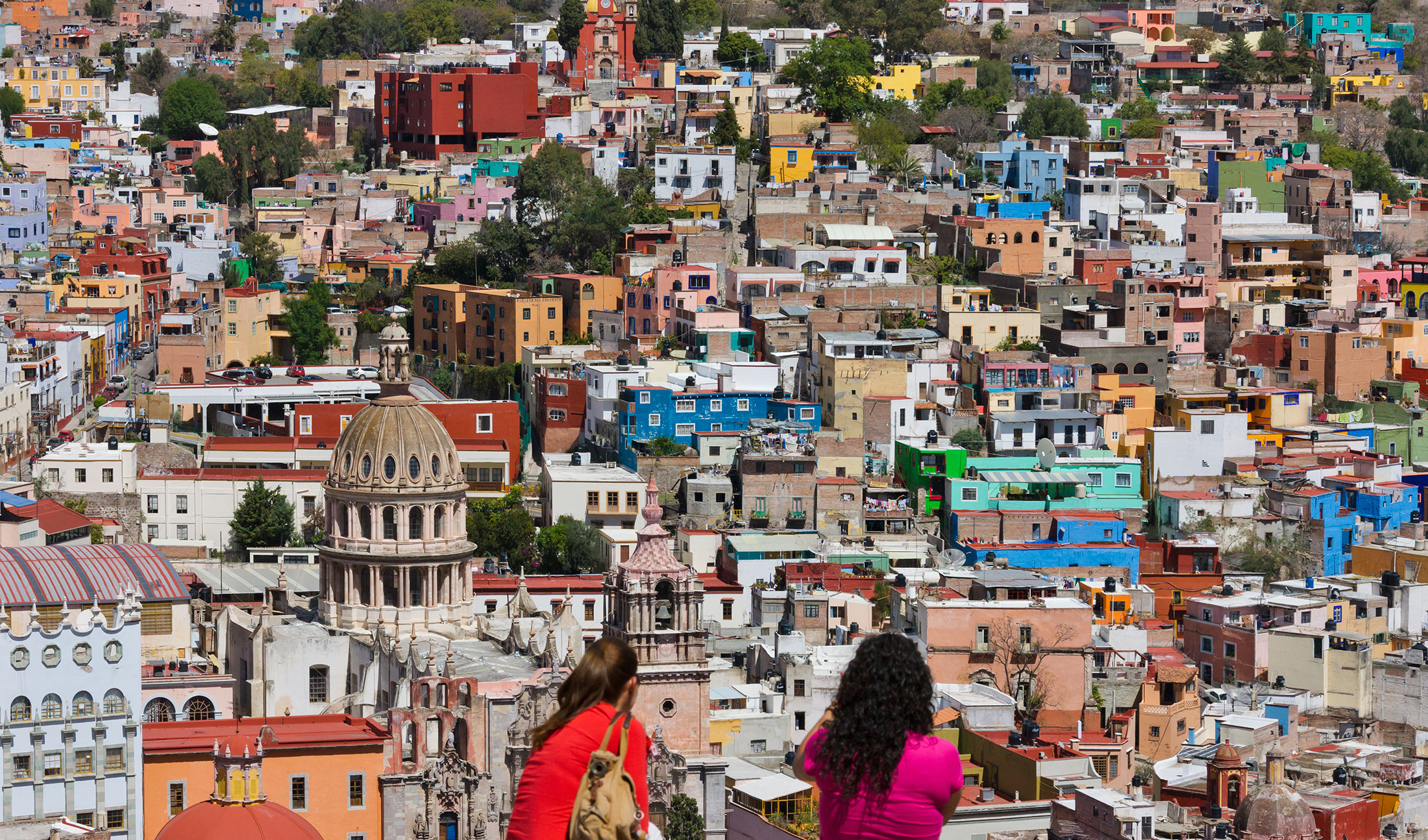 Tourists look out across the colourful houses of Guanajuato

Founded in 1972, Infonavit is represented in equal parts by public, private and union parties. The institute has a dual mandate to provide both sustainable housing solutions and pension fund returns, both with the aim of increasing workers’ quality of life. Far more than a standalone mortgage provider, the institute today ranks as one of the largest mortgage lenders in the world, being the number one globally in terms of portfolio management and fourth on the grounds of loan origination. 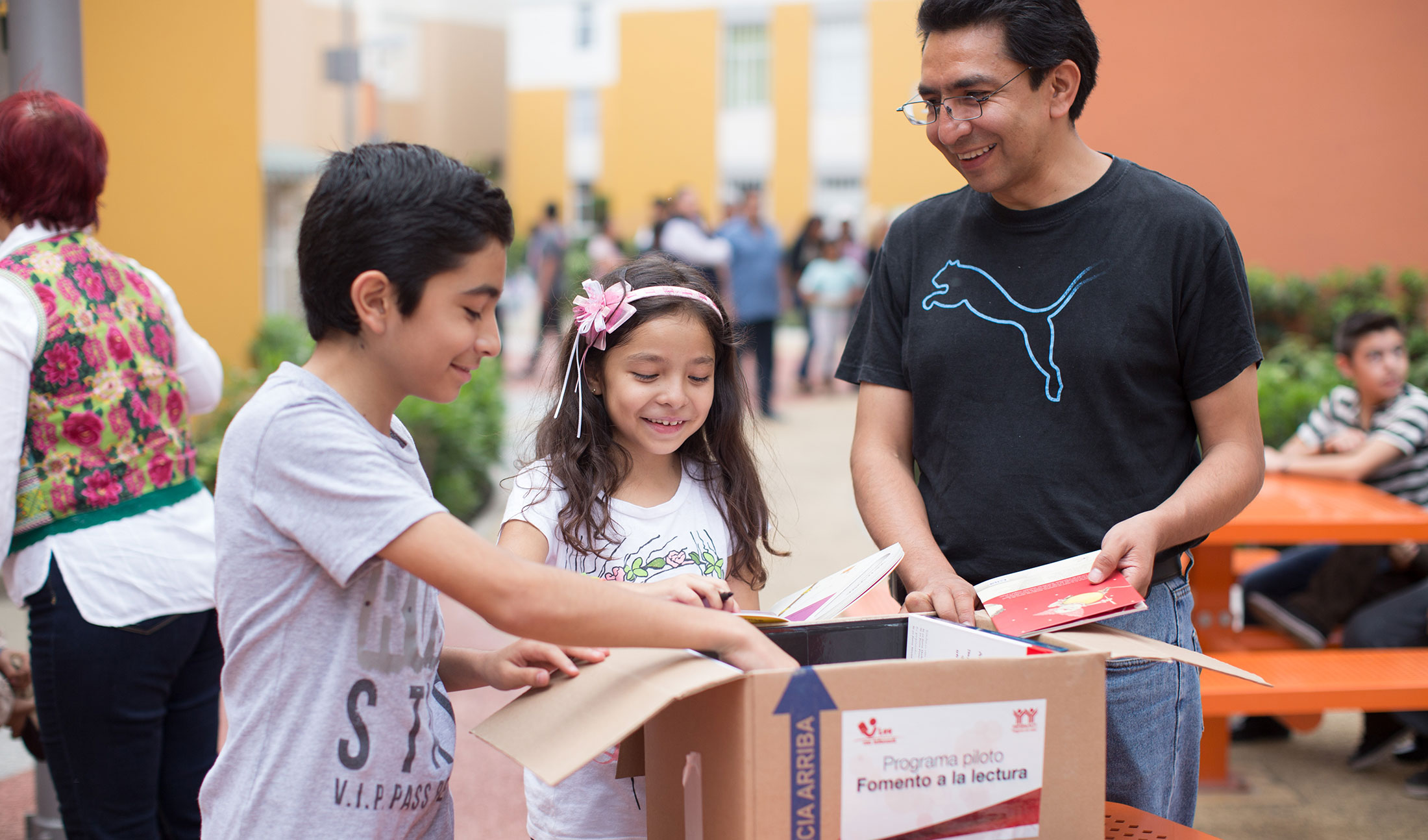 Infonavit has a three-pronged commitment to environmental, economic and social development

As Latin America’s largest mortgage supplier, boasting a loan portfolio of close to $70bn, Infonavit’s success is the envy of all rival Mexican mortgage providers. The institute accounts for an impressive 70 percent of the Mexican mortgage market and, as the largest constituent in terms of assets, it manages approximately $60bn – or 23 percent of Mexico’s total assets.

With a mission that in many ways echoes that of the Mexican government, Infonavit’s commitment to fostering social and economic wellbeing sets the institute far apart from its rivals. Given that Infonavit continues to hold a great deal of influence in the country’s housing sector, the still-struggling market looks sure to pick up in the months and years ahead under its leadership.

The reduction in CO2 emissions through
Infonavit’s Green Mortgage scheme

The savings in household expenditure achieved
by scheme

For Infonavit, sustainability is of the utmost importance in rebuilding the housing sector and improving the credentials of Mexican mortgage providers. With a three-pronged commitment to environmental, economic and social development, the institute believes that sustainability is a process that promotes growth, abides by responsible consumption, and seeks to uphold the common good. 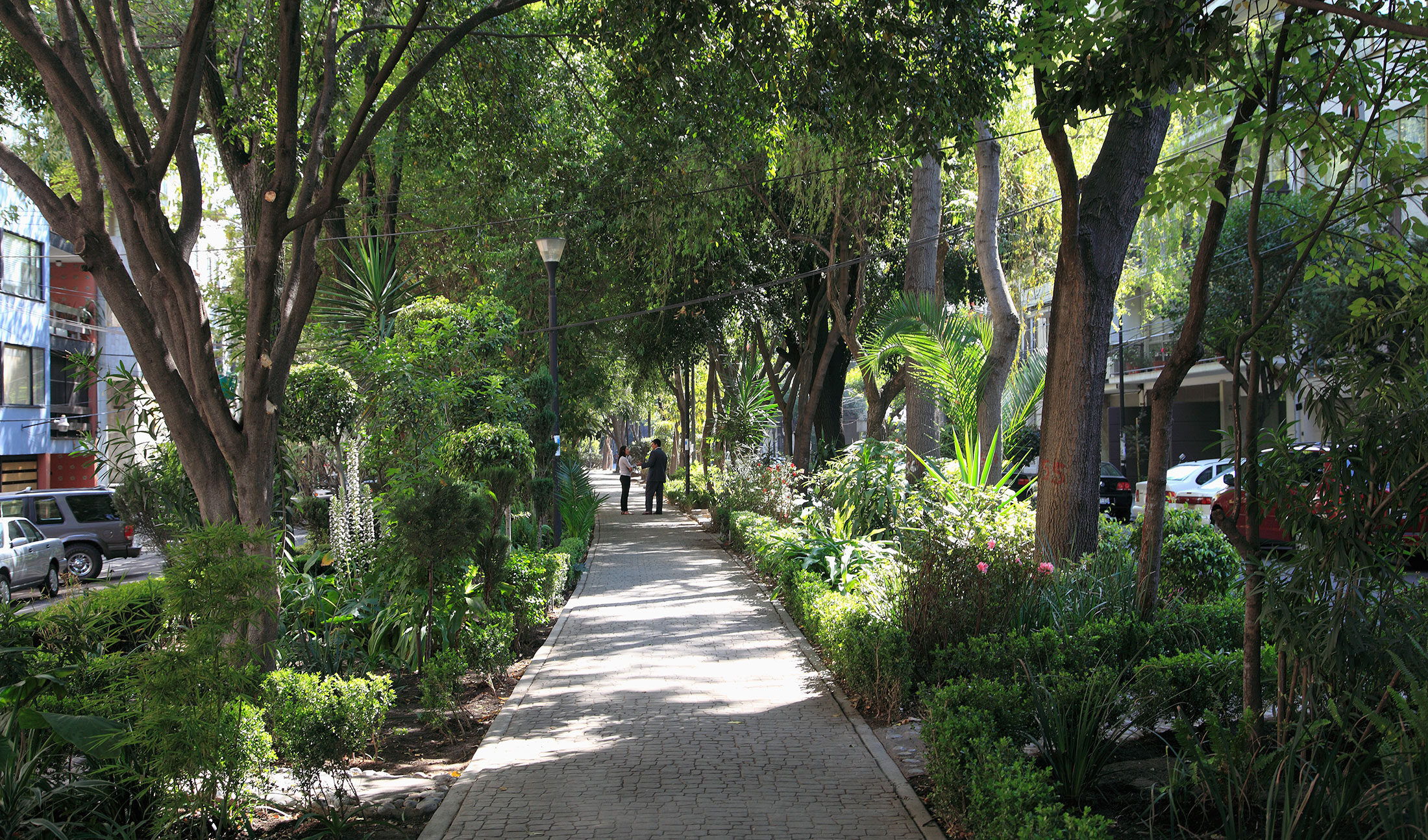 The institute’s commitment to sustainable development can be seen across the entirety of its dealings; not least in its ‘green mortgage’ scheme, which grants additional credit to mortgage holders if they equip their home with eco-technologies. Additionally, Infonavit’s ‘mortgage with services’ programme allows borrowers to authorise the institute to withhold service and mortgage payments so they can instead be put towards to the provision of public services.

The ‘improving house unit’ programme also leaves a lot for rival Mexican mortgage providers to match up to, as the scheme drastically improves the quality of life for residents by promoting community development in a sustainable manner. Lastly, Infonavit’s ‘coverage quality’ strategy ensures that the quality of housing offered by the institute is unmatched among Mexican mortgage providers. It also requires that developers carry out rigorous tests to guarantee that the quality of housing always matches up to the institute’s high standards.

The objective of RISS is to extend social security benefits to an additional 4.2 million individuals in Mexico

Aside from offering mortgage-related products and services, Infonavit is equally committed to matters of financial innovation. Time and again the institute seeks to provide fitting solutions for workers; for example, by increasing its maximum credit amount and, as of May 2013, offering credit denominated in pesos for beneficiaries with incomes over five and half times the minimum wage.

What’s more, Infonavit, for the first time in 40 years, has decided to carry out a rental scheme for those participating in housing projects located in urban areas. The institute also launched a new programme in 2013 that was aimed at meeting the housing requirements of state and municipal employees, seeing these as two areas that have been sorely underserved by Mexican mortgage providers for years.

Together with the federal government, the institute also announced in July 2014 a programme known as the ‘Regime of Incorporation to Social Security’ (RISS). This service offers a range of social benefits for non-affiliates who wish to make their way into the formal sector. The objective of RISS is to extend social security benefits to an additional 4.2 million individuals in Mexico, thereby hopefully serving a vast percentage of society who might have previously escaped the attention of the system. 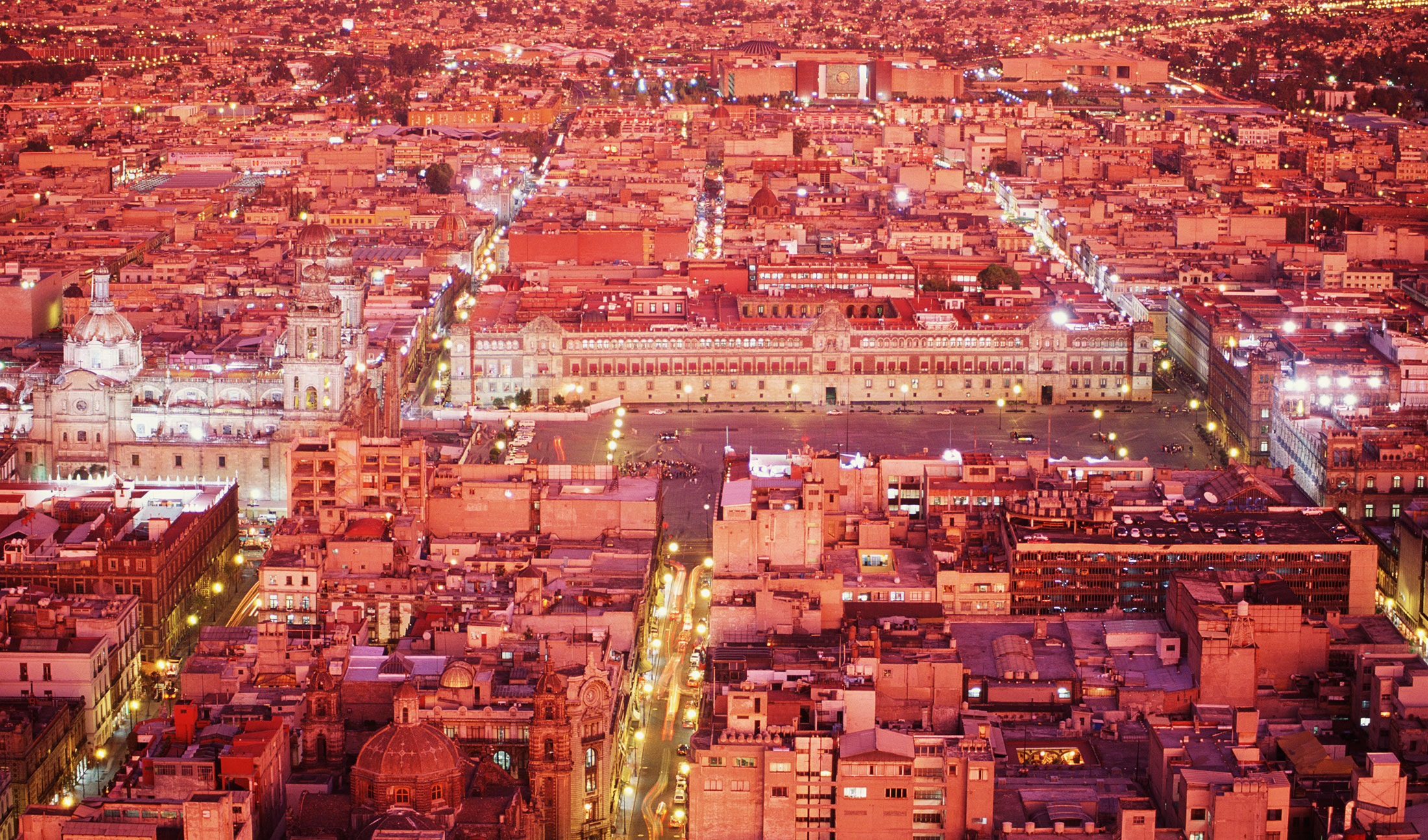 The number of loans the Institute originated
between 2001 – 2012

The number of loans originated in the
28 years before 2001

Infonavit sees mortgage loans not just as financial instruments, but also as a means of improving quality of life. With this philosophy in mind, Infonavit will no doubt continue to pioneer and implement ground breaking strategic initiatives aimed at benefiting both the business and the country’s economic and social wellbeing. 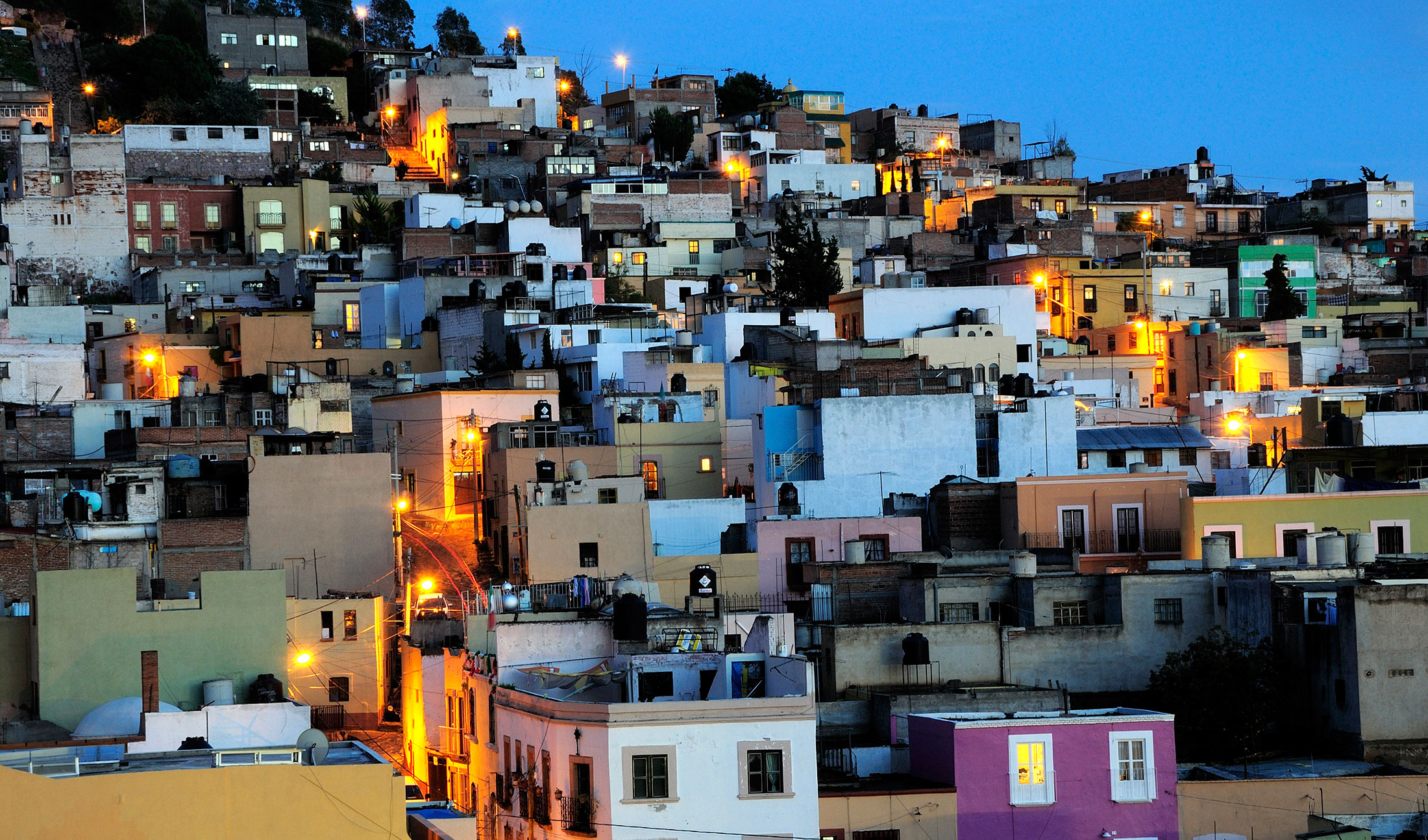 Colourful housing across a Bajio hillside at night

Both the government and Infonavit are contributing to the overall wellbeing and net worth of workers by providing the necessary products and services. There’s no question that the institute has laid down an impressive marker for others in the Mexican mortgage market to aim for: with sustainability, responsibility and transparency all being key considerations for the country’s housing sector, we can expect rival Mexican mortgage providers to pursue similarly innovative strategic goals.

Backed by a government that is focused on strengthening inter-institutional coordination, pursuing a model of smart and sustainable urban development, and reducing the housing benefit, Mexican mortgage providers stand as a core component in the recovery of the housing sector. By expanding upon their presence and capitalising on the country’s accommodating environment, those in the housing sector are well equipped to reduce inequality and improve upon what opportunities are available for those contributing to the Mexican housing market.