In association with Dunn Loren Merrifield

The large population of Nigeria, about 170 million, makes it the most densely inhabited country in Africa. While the figure is about double that of Ethiopia, the second most populous African nation, the economic and social development of the country is being seriously held back by infrastructural deficits – in particular the relative lack of mortgages in Nigeria.

Nigeria is now Africa’s economic powerhouse, with a Gross National Product (GNP) and higher economic growth rates than even South Africa’s. Yet despite this, these infrastructural deficits are severely limiting Nigeria’s ability to fulfil its economic potential. 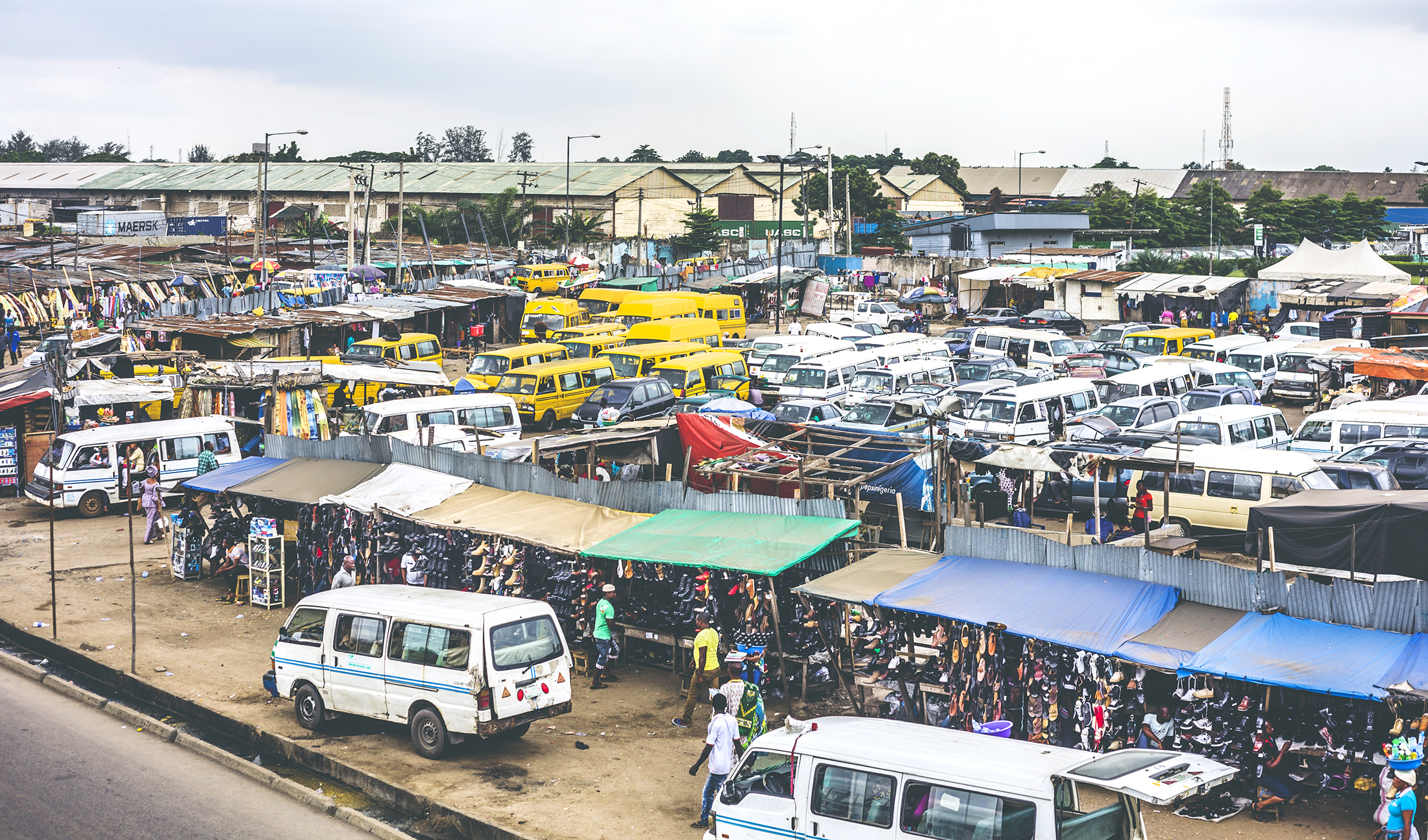 A crowded bus station in Lagos, Nigeria. The country’s 170 million-strong population has put a strain on its housing market

While Nigeria has many economic and social problems, the nation’s economic achievements also need to be acknowledged: its main industries are agriculture (40 percent), services (30 percent), manufacturing (15 percent) and oil (14 percent). Annual economic growth is around 6.2 percent (based on non-oil production activities), and yet the proportion of the population living below the poverty line is estimated to be around 33 percent.

Nigeria is ranked 27th in the world in terms of GDP and many commentators believe that it is likely to be among the 20 largest economies in the world by 2020. Its manufacturing sector is already estimated to be the third biggest in Africa, with many homes and businesses throughout all of West Africa using Nigerian manufactured goods every day. Additionally, while Nigeria is of course known as a significant oil producer, in practice its petroleum sector is a relatively small part of an economy that is well diversified, especially by the standards of most developing economies and even by the standards of some developed ones.

Yet despite the undoubted economic might of Nigeria and the benefits that its population enjoys as a result of its economic diversification, infrastructure remains an extremely serious problem. In particular, the country’s housing market is in a state of widespread crisis. The lack of adequate housing, particularly in the cities, adversely affects and arguably holds back every aspect of the Nigerian economy.

The Nigerian government believes that the amount of spending needed to alleviate the crisis is at least 56trn Nigerian Naira (approximately US$350bn), though the World Bank puts the figure even higher, at about 59.5trn Naira. In terms of actual housing units needed, the deficit is estimated to stand at 17 million, with an additional two million units needed each year. The fact that industrialisation is accelerating in Nigeria is actually contributing to the housing deficit problem, as this rapidly developing economy encourages more and more Nigerians to move into the cities. Creating and nurturing initiatives to reduce the housing deficit is an ever more urgent priority for the Nigerian government, as well as its advisors from the private financial sector. 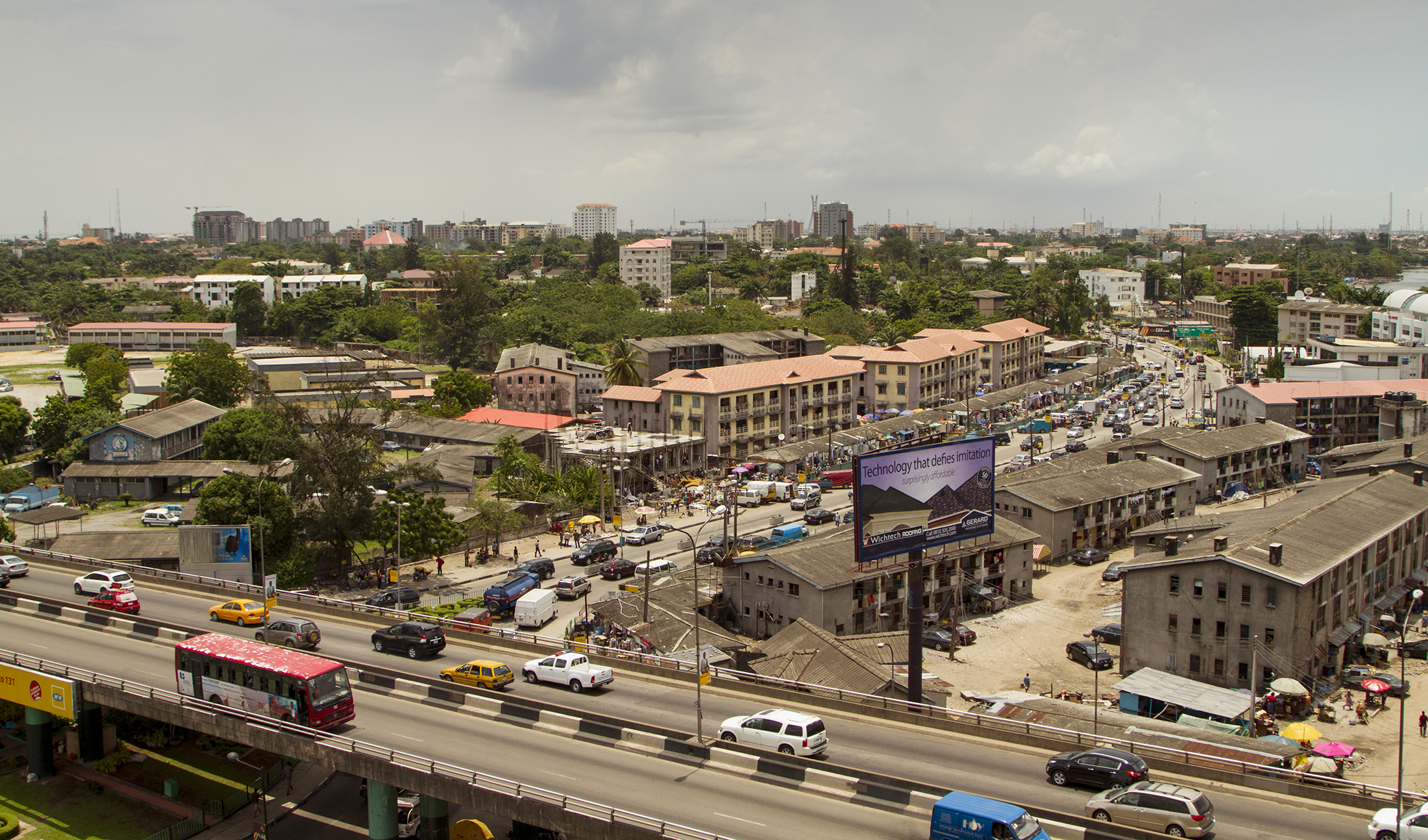 Nigeria’s housing deficit stands at 17 million units, and private investment is vital for the country to reduce this figure

Yet of course even governmental action can only go so far: private investment is also vital in order for the availability of mortgages in Nigeria to become much more widespread. This additional revenue will give the government the opportunity to increase the numbers of properties currently being built and bought across the country. Public-private partnerships (PPPs) are also vital to make mortgages in Nigeria more readily available.

Due to the sheer size of Nigeria’s markets – its consumer market in particular – Nigeria remains a major destination for foreign investment. Yet the often very visible despair in Nigeria, arising from the lack of both adequate and affordable housing, has created a situation where overcrowding, homelessness and the growth of many impoverished areas have become obvious signs of the severe housing shortage. As a result, far too many Nigerians live in conditions that make it extremely difficult, or even impossible, for them to make a truly positive contribution to the economy. While foreign investors will already be aware of the housing situation from national statistics, the visibility of the problem sheds a whole new light on it and will inevitably have an effect on their investment decisions.

One of the principal advisors to the country’s government on the matter of finance and mortgages in Nigeria is Sonnie Ayere, Founder of Dunn Loren Merrifield Group, one of the largest and independent investment advisory firms in Nigeria. Ayere is passionately committed to helping his country improve its infrastructure and achieve better economic progress. A previous employee of the World Bank, he brings his extensive experience from the banking sector to what is in effect a crusade to reform mortgages in Nigeria. 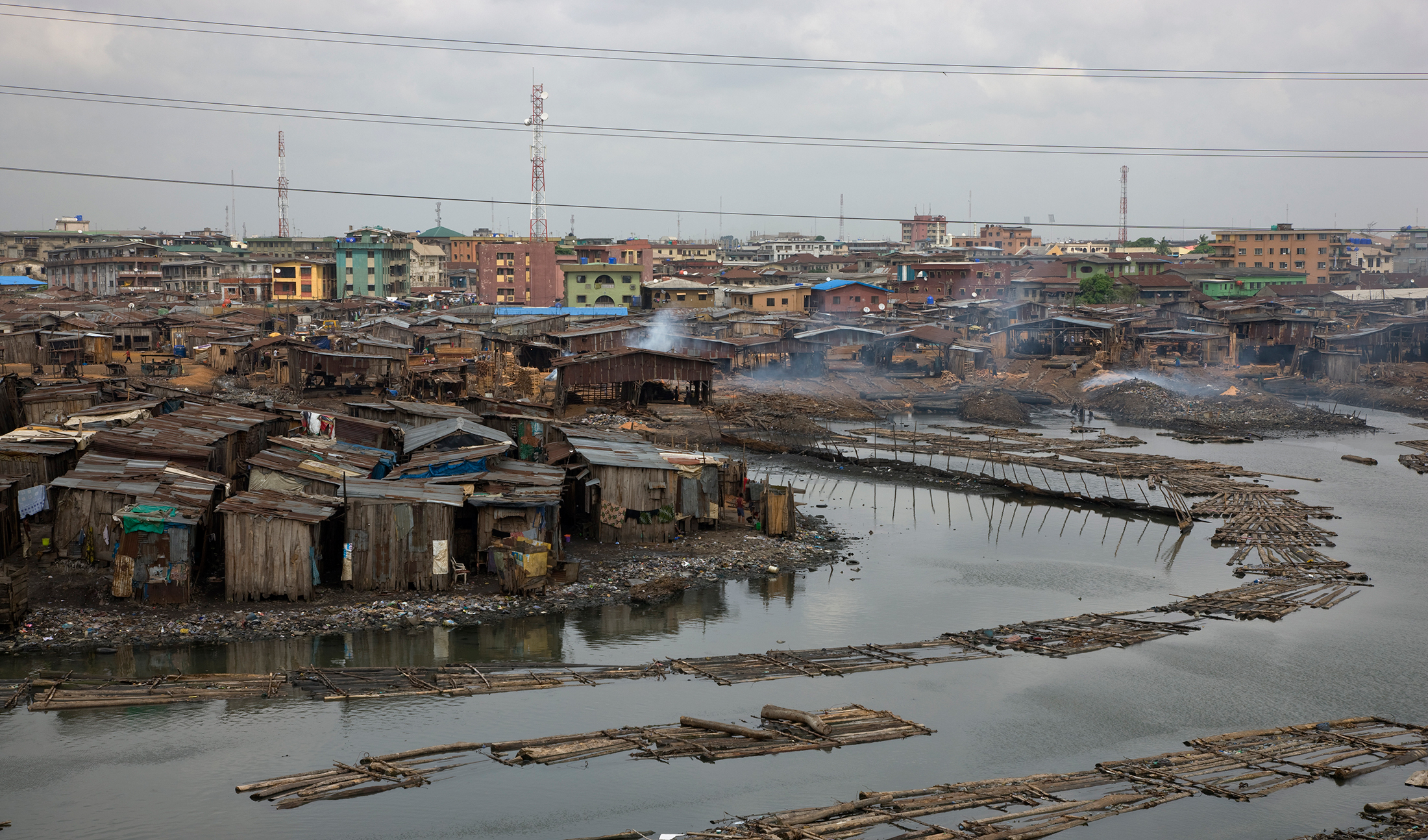 Slums in Lagos, Nigeria. Overcrowding and homelessness in the country have resulted from its lack of adequate and affordable housing

Sonnie Ayere emphasises that mortgages in Nigeria at present only make up what he describes as a “nominal” part of the GNP. Characterising the Nigerian economy as being at the “frontier-to-emerging market” level, Ayere not only commits his personal energies to making mortgages more widely available in Nigeria, but he has also played a prominent part in advising the Nigerian government on the creation of the Nigerian Mortgage Refinance Company (NMRC).

The formation of the NMRC was announced in January 2014 by Nigeria’s president, Goodluck Jonathan. The new institution works to promote increased access to liquidity and longer-term funds in the market, thereby helping to create a greater supply of mortgages in Nigeria. Launching the new initiative, President Jonathan expressed his confidence that if the NMRC was successful, it would drastically increase the country’s home ownership rate, which currently stands at only about 25 percent. President Jonathan said when launching the initiative: “Housing-associated facilities are grossly inadequate. Millions of citizens live in substandard environments or slums, plagued by squalor and lacking basic amenities of life. To reverse this trend, my government recently announced plans to establish the NMRC. This corporation is intended to provide funding for the housing and construction sectors.” 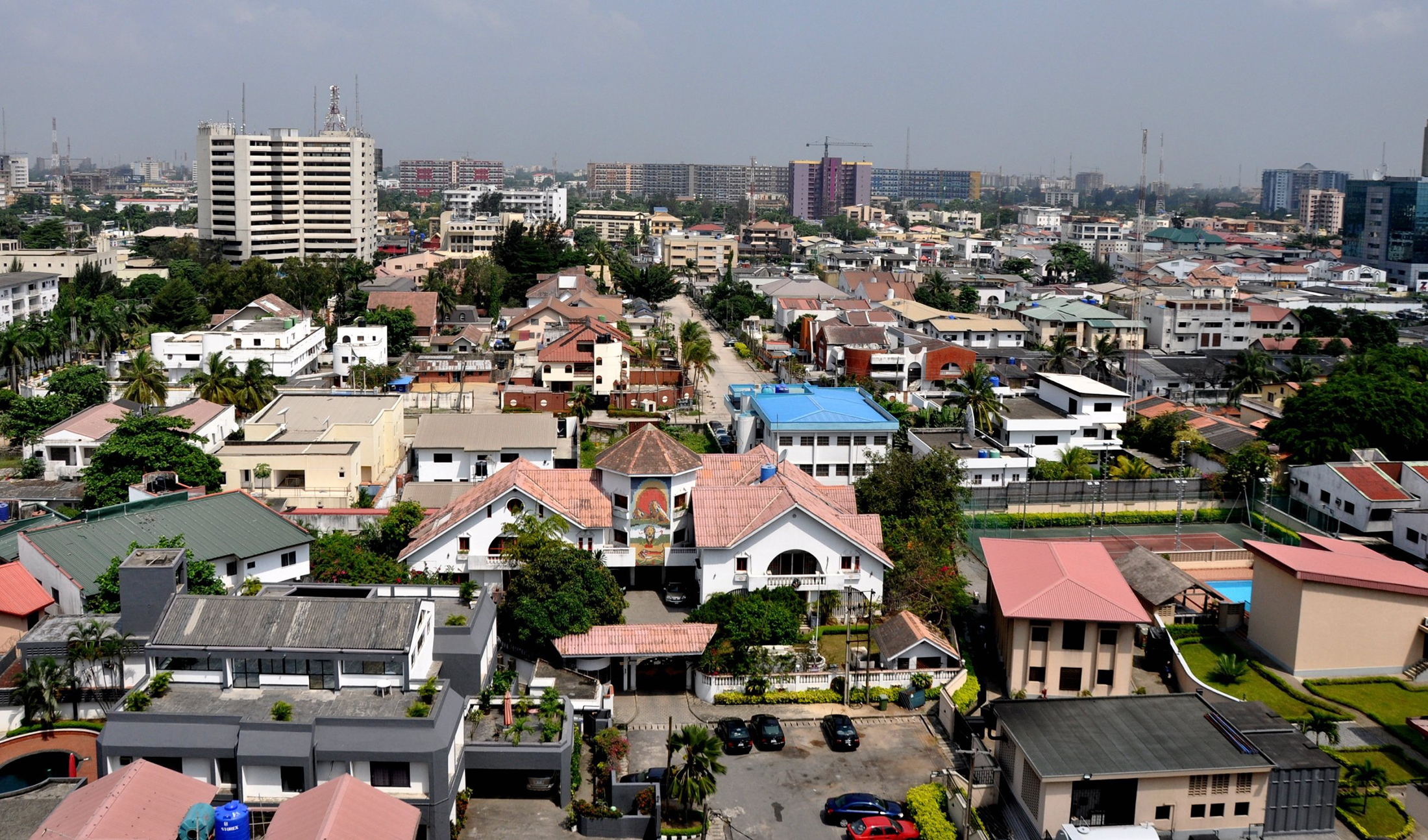 What all commentators agree on is that a revolutionary increase is needed in Nigeria to increase the supply of mortgages, and that foreign banks could play a vital role in making this happen.

Dunn Loren Merrifield tailors its activities around the primary objective of offering clients a quality of service that not only meets client expectations, but exceeds them 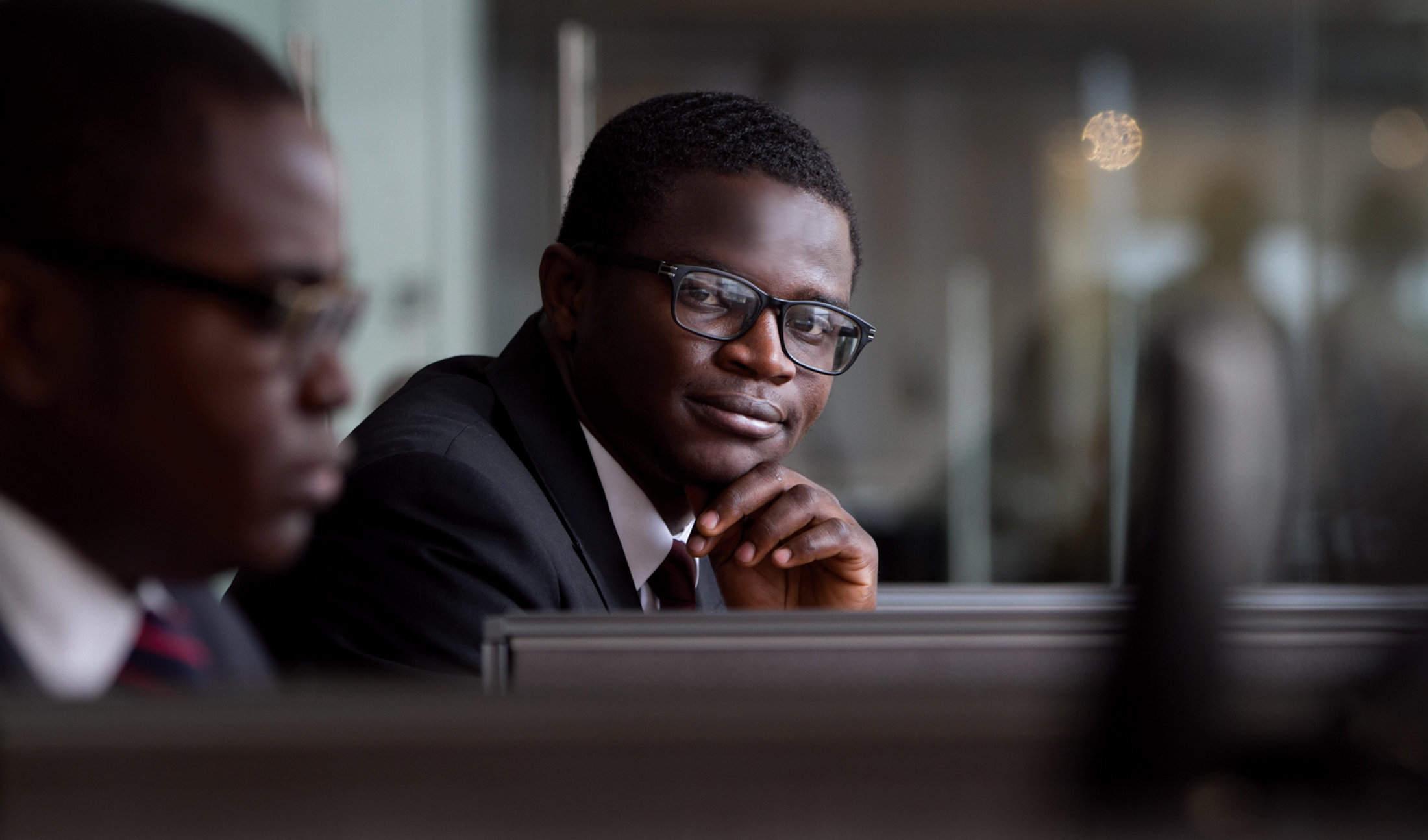 The Dunn Loren Merrifield Securities trading service is dedicated to achieving swift and seamless execution of trades for the firm’s clients. The firm is a fixed income and equities market maker appointed by the Nigerian Stock Exchange following a rigorous selection process.

The asset management service is of course founded primarily on delivering competitive and superior returns in line with clients’ objectives. The firm’s asset management philosophy rests to a significant extent on fundamental research principles: Dunn Loren Merrifield Asset Management & Research Co. has a team of experienced investment analysts who devote themselves to providing in-depth analyses of the Nigerian financial markets.

With its great expertise and considerable experience in financing strategy, Dunn Loren Merrifield is ideally placed to advise foreign direct investors and public-private partnerships (PPPs) on how best to invest in the opportunity-rich Nigerian mortgage market. 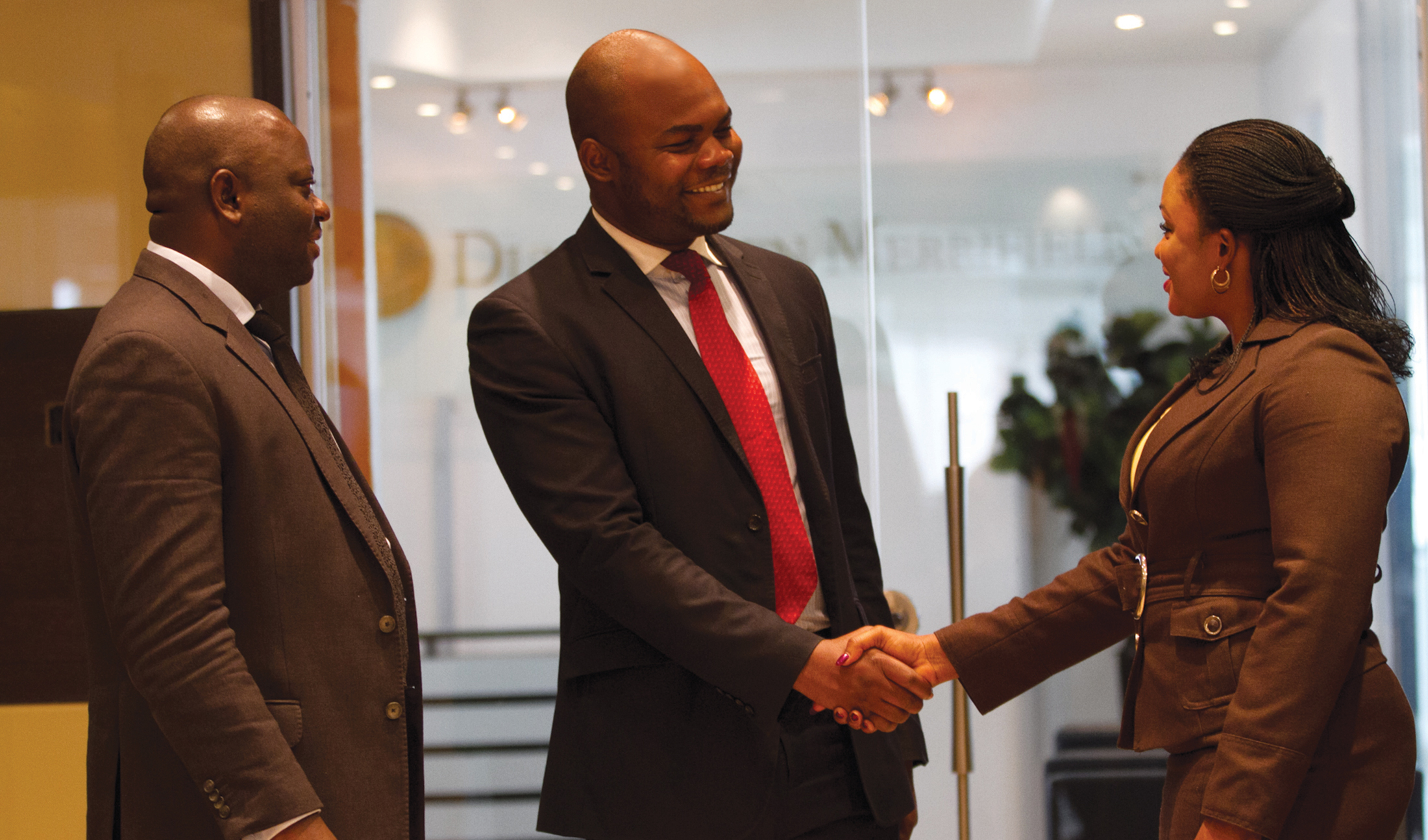 Overall, Dunn Loren Merrifield’s breadth of experience makes it ideally placed to advise Nigerian and foreign banks that want to make their most of the opportunities in the growing Nigerian mortgage industry.